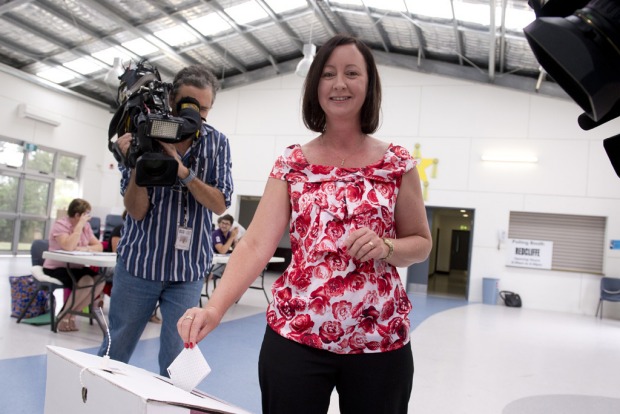 The head of the Queensland Governments bikie laws Taskforce has agreed to also undertake a separate statutory review of the Criminal Organisation Act 2009.

Attorney-General Yvette DAth said the statutory review would assist the Palaszczuk Government in determining whether the Criminal Organisation Act 2009 should expire on April 15, 2017 or whether it should continue in its current, or an amended, form.

Mrs DAth said the statutory review would use the expertise of former Supreme Court Justice Alan Wilson QC, complementing his work as the chairman of the Taskforce into the Organised Crime Legislation, which was due to report back by December 18.

She said that date will now be extended to March 31, 2016 so that Mr Wilson could undertake the statutory review and have that work inform the final report.

Since the Taskforces work began on June 22 this year it has focused its resources on making a full and careful inquiry into the extent of the so-called bikie laws that were introduced by the former LNP government, including whether they are effective in detecting, investigating, preventing and deterring organised crime in Queensland, Mrs DAth said.

As the chairman for the VLAD Taskforce review, it makes sense for Mr Wilson to also complete the statutory review of the Criminal Organisation Act 2009 and to ensure a consistent and integrated approach to organised crime in this state.

Mrs DAth said Mr Wilson would be required to complete the statutory review by December 15.

After considering the additional work Mr Wilson will be required to do as part of the statutory review and in order to give the Taskforce appropriate time to make its recommendations, I made the decision to provide a small extension of three months.

Mrs DAth said the extension of time would allow the Taskforces members, including police, departmental staff, barristers, lawyers and the Public Interest Monitor, to assess additional material as part of its ongoing scope.

This extension will also provide the Taskforce with additional time to consider the finding and any recommendations from the Commission of Inquiry into Organised Crime that is due to report on October 30, she said.

The Palaszczuk Government wants to shine a light on organised crime in all its forms, not just bikie gangs, and thats why the Taskforces review is such a critical piece of the puzzle.

Mrs DAth said she wished to thank Mr Wilson for his commitment to undertaking the statutory review while also chairing the Taskforce.