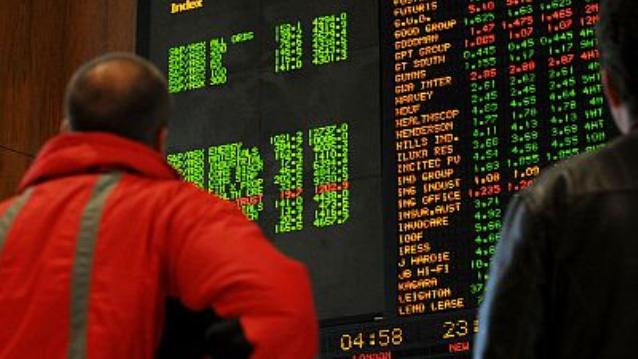 China's main bourse, the Shanghai Composite, came back online this afternoon after a week off and lifted right from the open, but that did not help to boost the local market.

In its latest global financial stability report, the IMF said China faced an unprecedented policy challenge as it moved from a planned economy to a market-based economy.

It said the transition will need careful pacing of reforms and policy consistency.

The fund also warned of the risks to financial stability from other developing economies and said a slowdown in emerging markets could cut world economic growth by 3 per cent.

And the Bank of Queensland said fewer writedowns and increased profit margins saw it deliver a record profit for 2015.

The regional bank said its after-tax profit for the financial year rose by nearly one quarter to $318 million.

Investors will get a fully franked annual dividend of 74 cents per share.

There was good news for rent seekers today as rents fell last month in most capital cities.

Spot gold pulled back from a two-week high on a stronger greenback. It was at $US1,143 an ounce.

West Texas Crude oil was slightly higher at $US47.81 a barrel