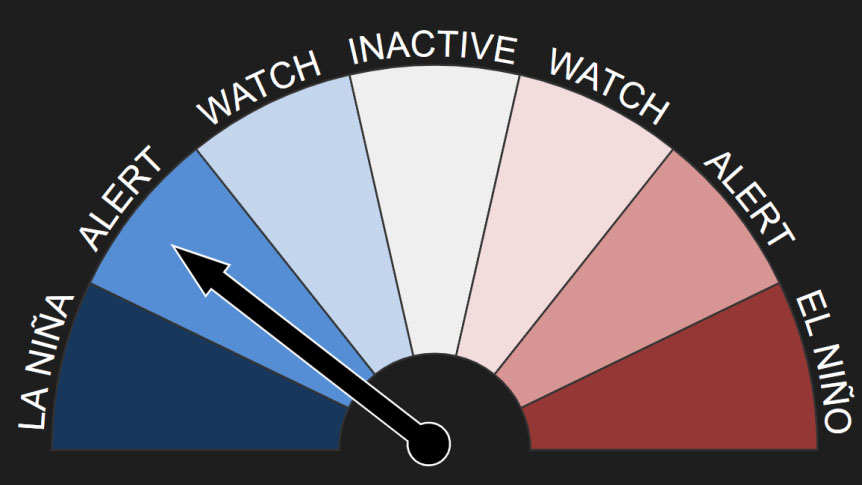 NOTE: this page is now on its own dedicated page located at https://1015fm.com.au/weathertrends/

Powerline down safety campaign designed to save lives

Are you prepared for an emergency, any emergency at a moments notice?

Surface Trough extending from Darwin to South East Vioctoria will bring a significant Wet period this week with Thunderstorms  for South East Queensland.

Towards end of August to Early September

Long Range Note: the last time we had the below scenario since 2011/2012, increased warming of waters in the coral sea is also noted, the cold blast is unlikely to appear in May rather held off until June, meaning temperatures will remain relatively warm, Coral Sea water temperatures will remain above average. Trends for a La Niña or cool neutral year next season and a negative IOD with Indian Ocean cooling, this winter will be polar opposites to last year.

December Early start of monsoon and Heavy rainfall for Queensland in General including South East Queensland.

IOD is heading to more weak negative and with cooling eastern pacific waters show  El Niño now moving fast to a La Niña as we head toward next year.

The Bureau of Meteorology's spring outlook suggests we could be in for a wetter-than-average spring for eastern Australia, but after a dry start.

Naomi Benger, climatologist with the BOM, said the rainfall outlook was broadly neutral or for slightly below-average rainfall for the end of winter and start of spring.

Over the next few weeks, drier conditions are expected through central Queensland, the Northern Territory and northern Western Australia — regions that would typically be dry this time of year anyway — but also for the agricultural areas of South Australia, western Victoria and southern WA.

This might be surprising news, given the BOM announced a La Nina alert, with a 70 per cent chance of the traditionally wet climate driver occurring by the end of the year, just last week.

Dr Berger said we were seeing the atmosphere respond to the cooler waters through a strengthening of the trade winds, as would be expected with a La Nina.

Queensland Fire and Emergency Services advises that people should:
* Never drive, walk or ride through flood waters. If it’s flooded, forget it.
* Seek shelter, preferably indoors and never under trees.
* Avoid using the telephone during a thunderstorm.
* Beware of fallen trees and powerlines.
* For emergency assistance contact the SES on 132 500

The odds of a La Nina in the coming months have improved to a 70 per cent chance — roughly three times the normal likelihood — and it's not the only climate driver that could potentially favour wet conditions heading into spring.

"One of them is enhanced rainfall for central, eastern and northern Australia," she said.

"So while some areas might welcome that bit of extra rain if they've been in drought, it can lead to an elevated risk of flooding."

"There is generally more cloud and more soil moisture, which means the daytime temperatures could be a little bit lower on average," Dr Benger said.

La Ninas are typically wet, but ...

Weather nerds with good memories will recall a La Nina was declared in 2017 and, rather than bringing widespread rains, it was the beginning of the latest drought.

Dr Benger said that La Nina did not last long enough for the impacts to really manifest.

"The last significant La Nina event was in 2010-11, and that was Australia's wettest two-year period on record," she said.

Many will remember that summer for widespread flooding along the east coast, including the worst floods in Brisbane since 1974.

Dr Benger said it was difficult to say at this stage, and the BOM's announcement did not guarantee Australia will reach La Nina thresholds this year.

"At the moment there's a 70 per cent chance of it developing, but really how it manifests will depend on the other climate drivers as well."

The other climate drivers

Over the past few years, the positive phase of the Indian Ocean Dipole (IOD) has been dominant, bringing dry conditions to eastern Australia.

This year, however, it looks like that could change.

"The IOD has been quite tricky this autumn-winter period to predict, but at the moment, three of the six models that the BOM surveys are indicating that a negative IOD could develop during spring," Dr Benger said.

A negative IOD favours wetter-than-average conditions for Australia — but some of the models are indicating a more neutral IOD in the coming months.

"We are certainly not as confident in that as we are with the La Nina," Dr Benger said.

But at least it currently looks unlikely we will be facing another strong positive IOD.

Then, of course, there are other drivers, like the Southern Annular Mode (SAM).

Dr Benger said while the SAM operated on a shorter time period, it would affect how far north or south frontal systems to the south of Australia moved and how far south rain-bearing systems came along the east coast.

"So that will also play into when and where we get rainfall."

Speaking of cold fronts, a series of fronts and troughs is expected to bring strong winds, rain, hail, snow and below-average temperatures for the south-east of the country over the coming days.

The ENSO Outlook is currently INACTIVE. This means there is little sign of El Niño or La Niña developing in the coming months. The criteria will continue to be assessed each fortnight. The status will be upgraded when the criteria and expert assessment indicate an increase in the chance of an ENSO (El Niño or La Niña) event developing.

Further information on the current status of ENSO can be found in the ENSO Wrap-Up.

Moreton Bay Regional Council is encouraging local residents to make sure they are prepared. Keep up to date using the MBRC Disaster Portal at www.moretonbay.qld.gov.au/disaster-portal

Seqwater advises that its Flood Operations Centre is on ALER.

Seqwater will continue to monitor the situation and provide further updates.

Parking vehicles under solid shelter, with the handbrake on and in gear

Remaining indoors with pets, not moving to public shelters unless advised by local authorities

Moreton Bay Regional Council is encouraging local residents to make sure they are prepared. Keep up to date using the MBRC Disaster Portal

In the event of heavy rain falling, police are urging motorists to drive to conditions and heed the message: if it’s flooded, forget it.

The Rural Fire Service Queensland advises you to:

For information on preparing for bushfires go to www.ruralfire.qld.gov.au.

Queensland emergency services are bracing for what is expected to be a long and "very active" fire season, with weather experts saying the outlook is "not a good news story".

Significant fire activity expected from Rockhampton to the NSW border

About 33,000 volunteer firefighters are on call across the state

The Bushfire and Natural Hazards CRC released its bushfire outlook joined by fire representatives from across the country — who warned communities to be prepared.

The bushfire season has started early and we expect it will go later as well.

Over the last couple of weeks we've seen some significant fires, we note this report in the bushfire outlook and we believe we are very well prepared. 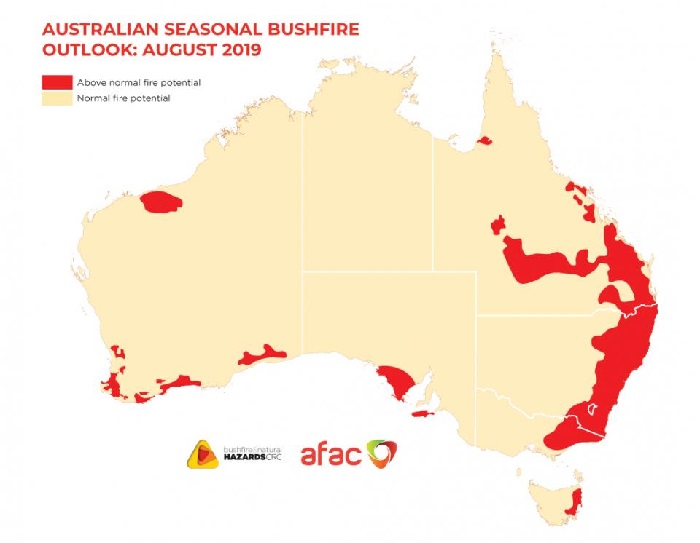 What is a catastrophic fire? 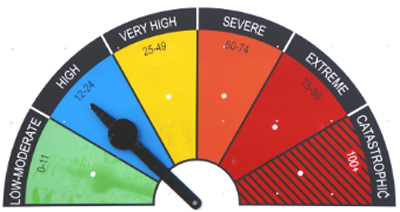 A catastrophic fire danger rating is as bad as it gets

While some homes may survive a severe or extreme fire if you're well prepared, the Country Fire Authority says no homes are designed to withstand catastrophic conditions

If a fire starts and takes hold during catastrophic fire conditions, the weather bureau says it will be "extremely difficult to control" and take "significant firefighting resources"

When these warnings are issued, your only safe option is to leave the area early

Power Outages if updates not available here, then go here for a direct link https://www.energex.com.au/home/power-outages/emergency-outages