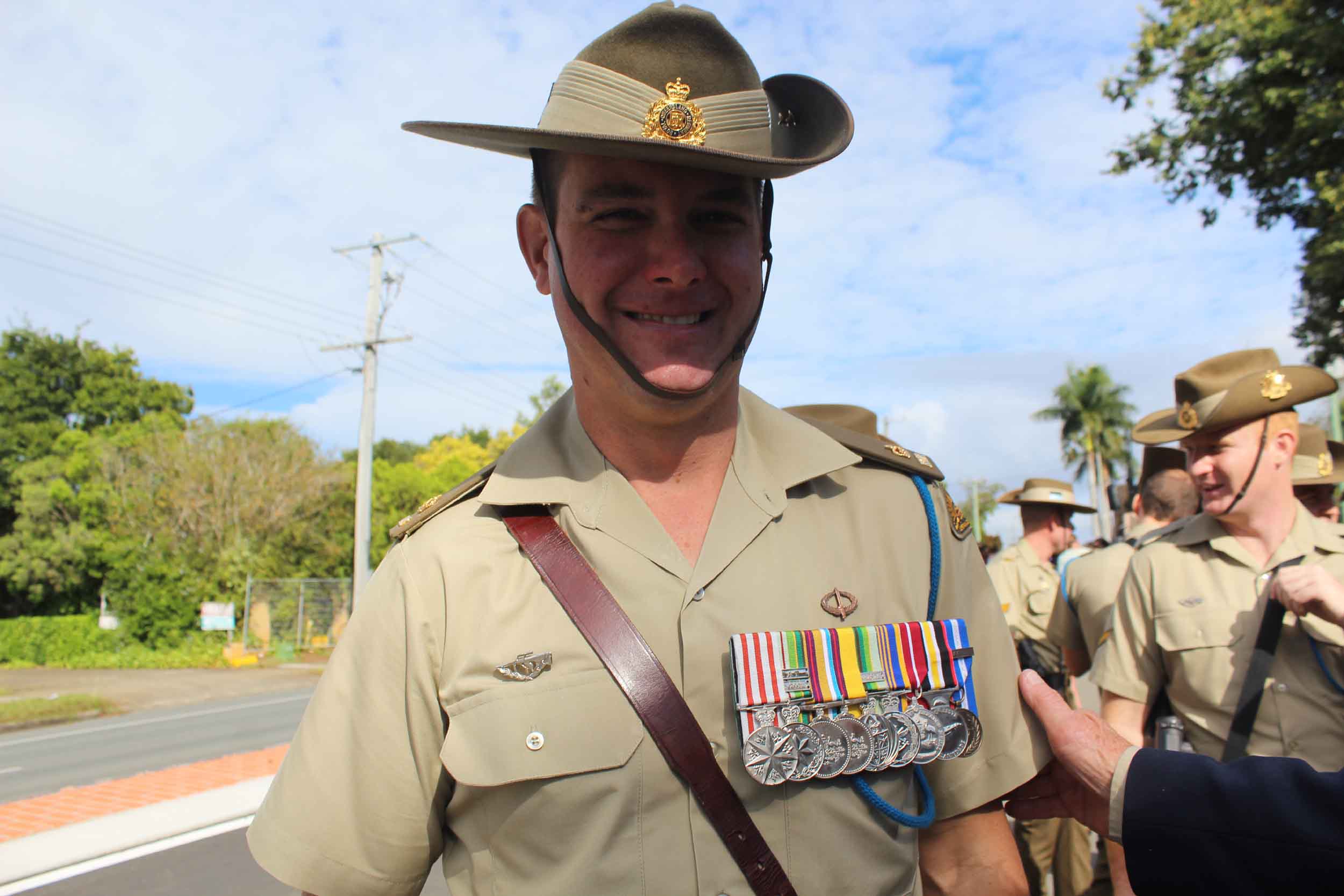 At Caboolture ANZAC day March April 25, 2019 one proud young man is Maj Nick Grimm A Company 9RQR says its a picture perfect honour to be not only be in the march but to lead his team in the march.

As a commanding officer of his unit brings with it not only a sense of pride but challenges in not only molding him as a better person but as a leader of a team with the one central theme of being professional and contributing towards a greater good in the Army Reserve.

With a long time of service its great to see everyone out to observe and reflect together on that one important day on the calendar.

The Army reserve today allows participants to build on camaraderie, but to lift up a step on the skill set required to be an army reservist and with it also attracts a tax free salary

The team work tirelessly in the precision of the march, but takes in more life building skills as part of the Army Reserve, which often today includes demands as support to the Australian Defence Forces reflecting on the demand for a a greater commitment then what the public might believe, no longer just joining a few hours as a get together its a lot more in skill building so that their contribution to the ADF is more tangible.

In the end many people attending the ANZAC March in Caboolture,  observed a great deal of pride, as  A Company 9RQR marched down King Street.