The Bellwether seat of Petrie in focus for Federal Election 2019

Petrie lies mostly to the east of the Bruce Highway in the north of Brisbane, extending from the northern suburbs of Brisbane City Council through to the Redcliffe peninsula and Deception Bay. In Brisbane it includes Bracken Ridge, Bald Hills, Fitzgibbon, Carseldine and parts of Aspley and Bridgeman Downs. It includes Scarborough, Redcliffe, Clontarf and all the suburbs on the Redcliffe Peninsula, plus the newer housing estates of Deception Bay and Mango Hill to the west. Covers 152 square kilometres.

First created when the Parliament was expanded in 1949, the electorate of Petrie is named after Andrew Petrie, the first free settler in the then Moreton Bay penal colony.

Petrie has been won by the party that formed government at every election since 1987. It was gained by Labor's Gary Johns in 1987 on the back of the abortive 'Joh for Canberra' campaign by the National Party. Johns retained the seat until swept away by a 10% swing on the defeat of the Keating government in 1996.

D'Ath could not withstand the anti-Labor swing in 2013 as the LNP's Luke Howarth continued the Petrie tradition of being won by government. He increased his margin by 1.2% at the 2016 election.

Former member D'Ath was later elected to the Queensland Parliament at the February 2014 Redcliffe by-election and is currently Queensland Attorney General.

Local issues: Cost of living, particularly power prices will be an issue in the electorate. Congestion and highways are also expected to play a role, with both parties announcing upgrades for the area.

The Candidates in order of the ballot: 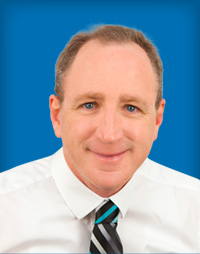 44 year-old Howarth is a small businessman who has lived in the local area all of his life. He runs a family pest control business with his wife and contested the local state seat of Sandgate at the 2004 Queensland election. Howarth. As a teenager he represented Queensland at judo and still coaches the sport at Redcliffe PCYC. He was elected to the House of Representatives for Petrie in 2013 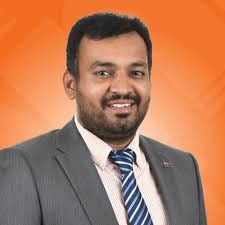 Born in June 1986 in India and coming to Australia as an International Student in February 2007, Nikhil completed a Masters in Information Systems from University of Ballarat and made Australia home. Currently working for the Queensland Government Department of Housing and Public Works, Nikhil has worked in various capacities in the Education Industry, Federal Government, State Governments and their corporations. A happily married man with a three-year-old daughter living in Fitzgibbon, Nikhil has volunteered in various positions for community organizations in Queensland. He is passionate about community service, being heard and making a difference for everyday people.

“My respect for this great nation, my belief of putting Australians First and drive to put people before politics inspired me to stand for One Nation.” Nikhil says that “If I want to see a change for a better Australia, I can’t just wish for it. Instead I’m ready to roll up my sleeves, work towards it and be part of the change.”

Nikhil is passionate about representing the seat of Petrie in Federal Parliament.

“We built our first home in Fitzgibbon and I commute to work in the city and am aware of the problems that our electorate is currently facing. I am here to listen to your issues, I am here to fight for you and make sure our problems are addressed.”

Nikhil believes in Nationalism and feels that Australians and Australian companies should take priority over temporary migrants and multinational companies.

“Immigration should be sustainable rather than untenable. Government at all levels have failed to address the needs of growing population. This puts immense pressure on hospitals, schools, transport and infrastructure”.

Nikhil says that Transport and Infrastructure is one of the biggest problems Petrie is currently facing. Beams Road and Gympie Road intersection is extremely congested and even dangerous for commuters.

With the increasing population; it is hard to secure a seat in state schools and same is the case for receiving treatment in our hospitals. Federal funding has to be provided for improving the health facilities and education opportunities.

Unemployment and the crime rate has also increased and more work needs to be to be taken to reduce both of them and get more youth employed.

Nikhil plans to fight for the people of Petrie across all of these issues and more, and hopes to count on your vote at the next Federal Election.

“I love Australia and the only hope for better nation is One Nation. I want to work for the people of Petrie, I would like to work for the best interest of all Australians and contribute towards making this country a safe place to live.” 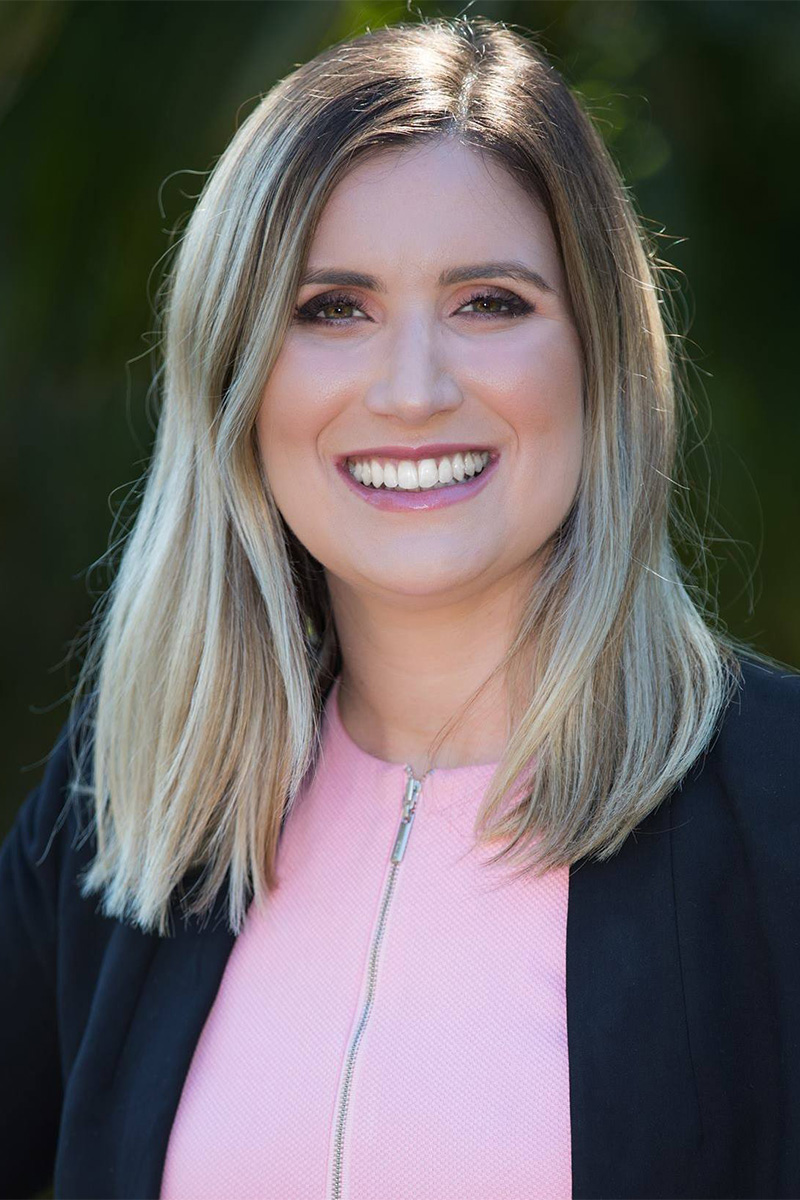 Corinne is a long-term resident of the Petrie electorate. Buying her first house in Redcliffe when she was 21, Corinne has continued to live and work locally in the Moreton Bay region ever since.

Having seen the region grow and thrive, she understands the pressures placed on local infrastructure and frontline services. Corinne will always stand up against the LNP’s cuts to local schools and hospitals.

Corinne has significant experience working across Government and policy making. She currently works in a senior local  government role, where she has built a strong reputation by working with local community, sporting and business groups to deliver for her community. Corinne will use this experience to fight for the roads, infrastructure and services we need in our growing community.

Corinne knows that Petrie needs an MP who has the energy and vision to help build a stronger future. That’s why Corinne will fight to reverse unfair cuts to penalty rates and the LNP’s cuts to Redcliffe Hospital. 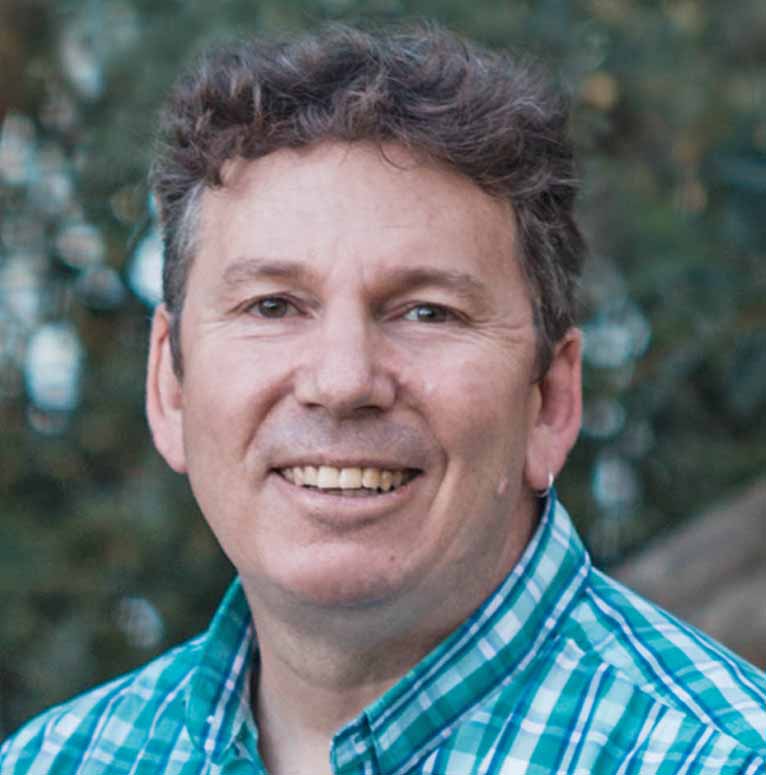 I’m proud to run as your Greens candidate for Petrie because I’m passionate about putting people before profit. I support quality services for all of us, like health, education, housing and renewable power.

The Moreton Bay Region is my home where I live with my wife and our daughters. I love raising my family in this vibrant community.

From Burpengary and Deception Bay in the north, right along the Redcliffe Peninsula across to Mango Hill, Griffin and North Lakes, through to Bald Hills, Bracken Ridge, Taigum, Carseldine, Aspley and Bridgeman Downs, this is a fast developing area. We could lead the way in growing sustainable and inclusive communities.

I have worked in technology industries for over two decades, including in my own business, so I’m uniquely aware of the challenges that workers and small business owners face in our community. I’m passionate about innovation and technology that improves our quality of life, while also contributing to the local economy. I want to make sure our federal government makes laws that strike a balance between economic prosperity and enriching our communities.

The major parties don’t respect the people they are paid to represent – instead, big corporate donors influence the decisions made by Parliament. I share the anger our community feels when we see that politicians are no longer working for us.

I work with local business associations and environmental groups because I believe that innovative, sustainable and collaborative practices are the way forward. Greens in the House of Representatives, with Senator for Queensland Larissa Waters, can ensure the Liberal and Labor parties are held accountable for their actions and are making decisions for their communities rather than their big business mates.

Together, we can build a future for all of us.

Petrie is located in the northern suburbs of Brisbane, and since a redistribution ahead of the 2010 Federal Election has been centred on the Redcliffe Peninsula.

In the City of Brisbane, it includes Bald Hills, Bracken Ridge, Carseldine and Fitzgibbon, and parts of Aspley and Bridgeman Downs.