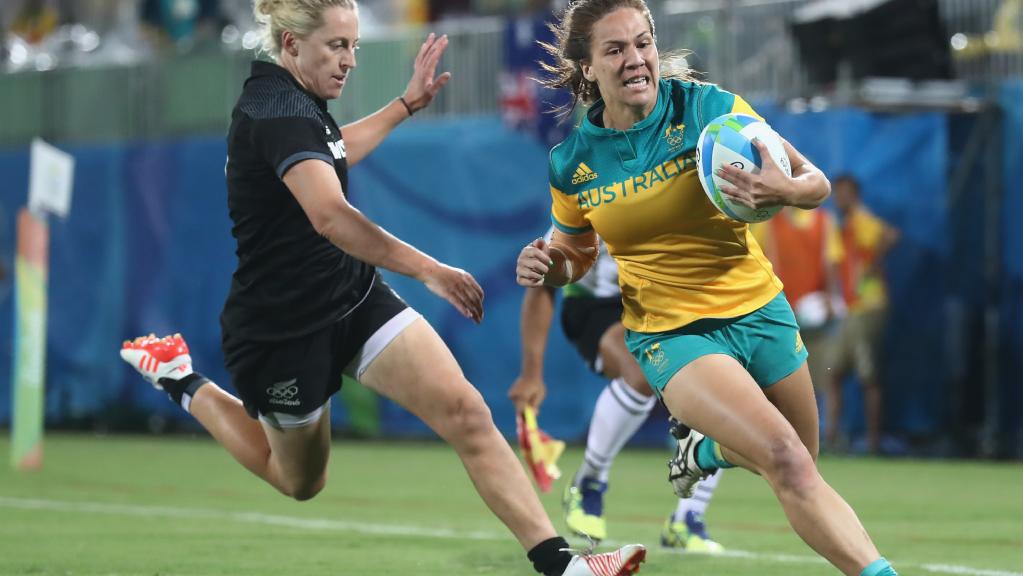 The Australian team, which didn’t exist four years ago, beat New Zealand 24-17 in the gold medal match at Deodoro Stadium in Rio.

Pelite, who as a 17-year-old in 2013 told the Redcliffe and Bayside Herald her future goal was the Olympics in Rio, scored the second try for Australia against New Zealand.

Irvine, who taught Pelite in Year 3 and Year 5, said she was very involved in sport, including touch football, volleyball, athletics and cross country, during her time at Hercules Road.

Irvine said Pelite was “quiet and shy”, but definitely shone in the sporting arena.

Irvine fundraised to help get Pelite to different representative sporting events and was gifted a trophy by her family, which still has pride of place at his house, as thanks.

“She has always been a stand out ... she was good at everything,” Irvine, who liked Pelite because she laughed at his jokes, said.

“I always knew there was something special about her sporting wise.”

Moreton Bay Regional Council Mayor Allan Sutherland said credit must go to Pelite for scoring a try in the gold medal match and “playing with a lot of guts and determination throughout the whole tournament”.

“We couldn’t be prouder of Evania and her teammates. This is a very historic time for our girls to win the first ever rugby sevens competition in the Olympic Games,” Sutherland said.