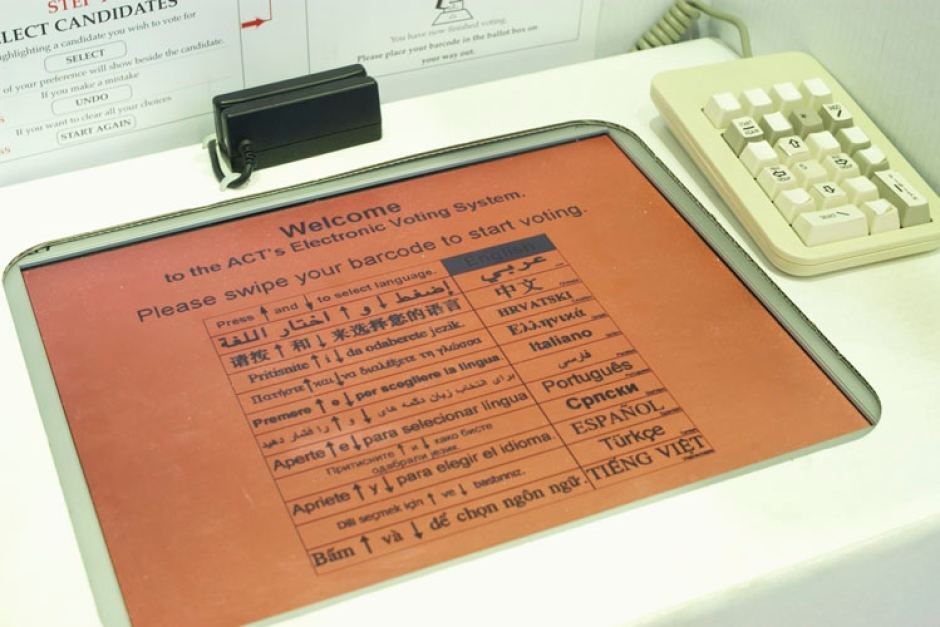 However other technology experts said it was still too much of a risk.

"The fact the country has ground to a halt, as a result of a labour intensive process that consumes nearly 75,000 people, to arrive at a result that could potentially be delivered in minutes electronically is intensely frustrating," Dr Glance said.

"And I would imagine fairly damaging to the country as a whole."

Electronic voting could be adopted gradually

"It could be done, for example, by replacing just the postal part of the poll at the moment, and doing that electronically," Dr Glance said.

"And then, as the public gets used to the idea of voting online and is reassured that nothing catastrophic has happened, then it could be introduced and spread out wider."

He said the technology the UWACSP team were proposing to use for electronic voting could be verified by independent parties.

"The technology is being used in banking and financial systems and in fact there is an entire security system that is being built on this technology that verifies our security certificates as we surf the web.

Vanessa Teague, senior lecturer in the Department of Computing and Information Systems at The University of Melbourne, helped find a flaw in the system at the election last year.

"In the 2011 election, there was a software bug that mis-recorded a small fraction of the vote.

"We showed it was possible, using a practised version of the iVote system, to expose how the person wanted to vote and change their vote before it went back into the Electoral Commission.

"About 66,000 votes were cast over iVote before the problem was fixed. We really don't have any evidence either way in whether that problem was exploited, manipulated real votes or not.

"And that's really the summary of the issue - with internet voting it's not just that it might be insecure or it might be wrong; it's the issue that it's really hard to demonstrate that evidence trail that voters and scrutineers can see to make sure that they got the answer right.

"It's not that our paper base process is perfect, it's that the opportunity for a very small number of people to manipulate a very large number of votes is pretty limited when the paper evidence still has to be carted around."