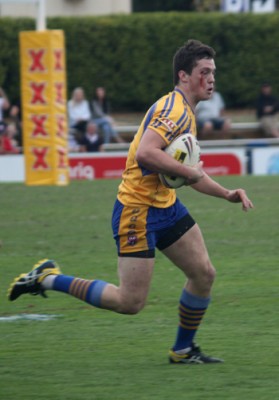 The Dayboro Cowboys are three-quarters of the way through sweeping all six trophies up for grabs this Brisbane Second Division rugby league season.

Dayboro won three pre-season trophies, including the four-team Pine Cup and the Steve Small Memorial Trophy, contested by the Cow-boys and Hornets in honour of the late coach of both clubs.

Dayboro is now on track to challenge for the two biggest prizes of the season: the Northside 1 minor premiership and grand final trophies.

The Cowboys lead the eight-team competition by four points ahead of second-placed Moreton Bay Pride on the ladder.

Dayboro officials were searching for the record books after the Cowboys thrashed Banyo 74-0 in its last home game.

With one trophy already in its possession this season, the Samford Stags lead the 10-team Northside 2 competition by three points ahead of Norths St Josephs.

Samford beat Norths Juniors 16-14 in the mid-season Ted Beaumont Trophy final at Coorparoo in May.

Currently on a five-game winning streak, Samford hosts Norths St Josephs in its last home game for the year at Alan Cash Oval on 9 July at 4pm.

Dayboro, which drew 22-22 with Pine Rivers Bears last start, is at home the next two weeks.

Kick-off for both games is 4pm.