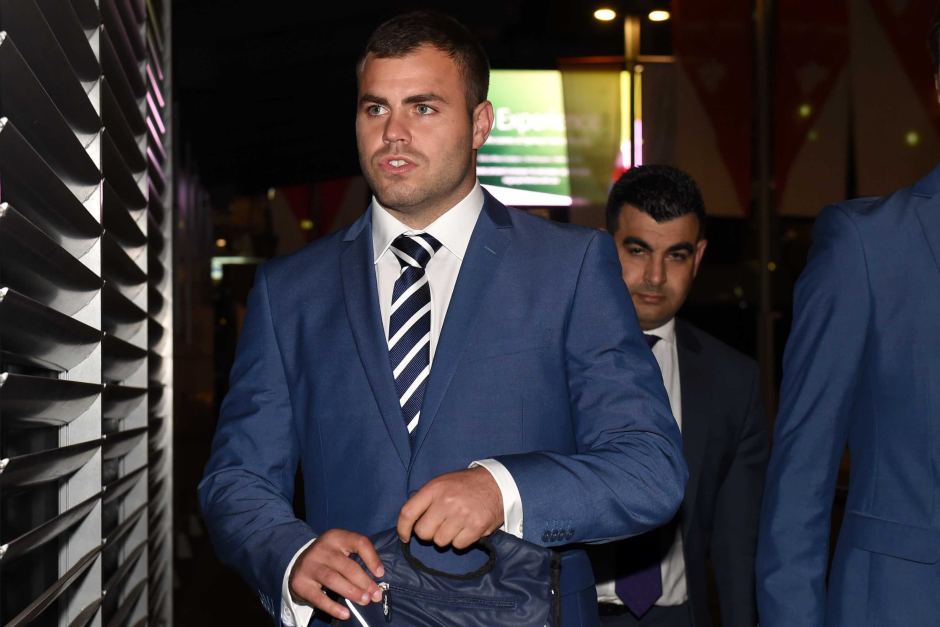 Cronulla's Wade Graham has been found guilty of a careless high tackle for his hit on Cowboys' captain Johnathan Thurston, receiving a one-match suspension that will keep him out of Origin II.

Graham opted to challenge his potential ban at the NRL judiciary in an attempt to play in next Wednesday's crucial second State of Origin match in Brisbane, but after a lengthy hearing in Sydney, the jury found Graham guilty.

"Obviously I'm very disappointed that I miss out on the game. There are not really words to describe how disappointing it is," Graham said.

"I though we went in there and put forward a good argument, and I thought it was a fair case. Unfortunately the decision didn't go my way tonight.

"It's important for me now to just move on, head back to Cronulla, play good football and hopefully have my name in the ring again for game three."

Represented by lawyer Nick Ghabar, Graham argued his initial contact was with the arm of a slipping Thurston, who had moved himself to the left making the high contact "unavoidable".

Graham flew back from the Blues' training camp on Wednesday without even taking part in a session to attend the hearing.

Tyson Frizell has been called into the camp as a replacement, but Blues coach Laurie Daley says he will try to bring Graham back into the camp regardless of his suspension.

"It's disappointing. I thought he had a very good case," Daley said.

"I feel for Wade. He has waited all his life for this chance and I feel sorry for him that that dream has been taken away from him."