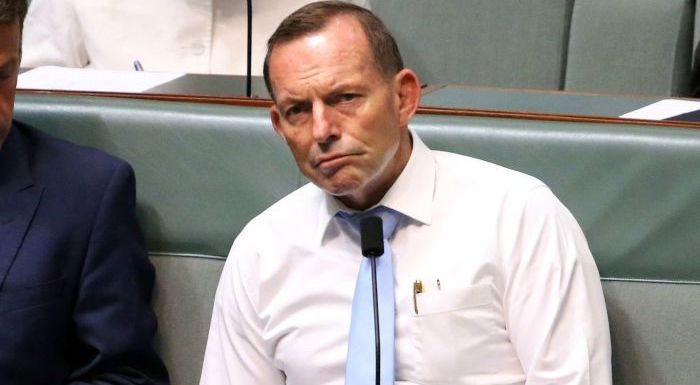 Turnbull is pressured to give the ex-PM a ministry, while Shorten is hammered for immigration stance.

Both the Prime Minister Malcolm Turnbull and his predecessor Tony Abbott are dancing around the question of Mr Abbott’s eventual return to cabinet.

On Thursday, Mr Turnbull said if he won the election his current Coalition frontbench would comprise the first cabinet of his re-elected government.

The issue is politically sensitive because, although Mr Abbott has a significant power base within the parliamentary Liberal Party, there remain negative perceptions surrounding ‘the Abbott government’ in the broader electorate.

Ever since a private meeting with Mr Turnbull in the early stages of this campaign, Mr Abbott has not being ‘doing a Rudd’: actively undermining Mr Turnbull’s re-election prospects with destabilising comments.

But the issue remerged because of a report in the Australian Financial Review published on Wednesday night that said Mr Turnbull was under pressure to re-appoint Mr Abbott to the frontbench, citing anonymous sources.

Can Mr Abbott and Mr Turnbull work together again for the good of the nation? Photo: Getty

“I think some people will push for that and I think it is an issue for Malcolm Turnbull as it is for all of us that are ministers or want to be ministers in a Turnbull government,” Mr Dutton told Sydney’s 2GB radio.

The AFR reported that Mr Abbott might inherit the defence portfolio. Current Defence Minister Marise Payne said she was glad to leave such allocations in the hands of Mr Turnbull.

When asked on Melbourne’s 3AW if he wanted to return to cabinet, Mr Abbott deftly dodged.

“I’m not expecting to go back into the ministry,” he said.

“I’m expecting to be more than busy in the next parliament as the member for Warringah should the people return me.”

There is speculation that at the private meeting before the campaign, Mr Abbott bargained for a cabinet position in exchange for campaign discipline.

Pointedly, Mr Turnbull has indicated he has reconciled with Mr Abbott after his party room ambush last September produced a 54–44 vote which destroyed the Abbott prime ministership. Mr Turnbull even suggested he would kayak from Point Piper across Sydney Harbour to Manly to campaign with Mr Abbott in Warringah.

Since the latest ‘Abbott to return’ speculation, there has been no sign of the Prime Minister’s kayak.

The Daily Telegraph has front paged a welcome mat to back its report that Labor leader Bill Shorten would give 30,000 asylum seekers a pathway to permanent residency in Australia.

“This use of the word temporary is a fiction,” said Mr Shorten. Photo: AAP

The tabloid treatment is based on Labor’s national convention decision that: “Labor will abolish TPVs [temporary protection visas] which keep people in a permanent state of limbo. Labor will commit to processing people as quickly as possible and placing those found to be genuine refugees on permanent protection visas.”

But there was nothing ‘temporary’ about TPVs for 30,000 carrying this official status.

“They’ve been here under these Liberal arrangements for years and years,” he said.