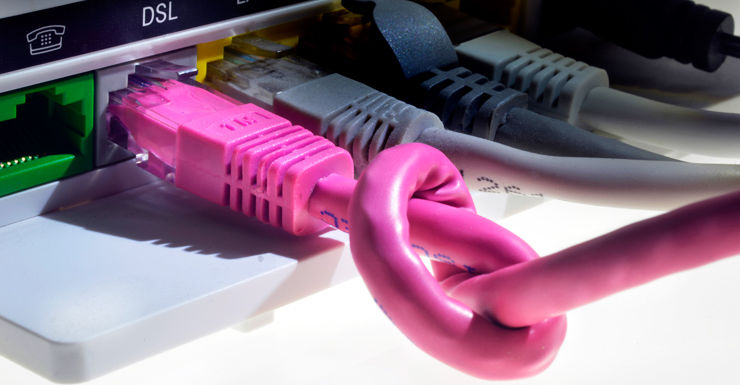 Federal Election 2016: Why voters are angry about Australia’s internet

We are ranked 60th in the world for internet speeds, below the US, Canada, most of Asia and most of Europe, according to the highly respected Akamai State of the Internet report for the final quarter of 2015.

Australia also has some of the most expensive internet in the developed world. We ranked 76th for the cost of our broadband plans, the World Economic Forum estimated in 2015. This put us behind the US (71) and far behind Japan (23) and the United Kingdom (7) – on figures adjusted for exchange rates, but not relative cost of living.

Voters are definitely noticing. The nation’s telecommunications have become a red-hot election issue, especially in rural areas, which often suffer much slower (or non-existent) speeds than the major cities.

Industry Minister Christopher Pyne distinguished himself at the beginning of the election campaign by declaring that most Australians really don’t need fast internet, a “poor people don’t drive cars” moment. For the Coalition, the debate has gone downhill ever since.

This week’s release of an Election Manifesto by the Australian Computer Society upped the ante. Its president, Anthony Wong, called on Australia’s leaders to take decisive action.

“The information age is driving a depth and pace of change which is unprecedented in human history,” Mr Wong said in a statement.

“Without a high-quality and pervasive broadband footprint, a nation cannot compete effectively on the world stage.”

Laurie Patton, head of advocacy group Internet Australia, told The New Daily that Singapore now had internet speeds 100 times faster than Australia, which is rapidly falling behind the rest of the world. The failure to embrace optical fibre and instead fall back on mixed technologies, especially the ageing Telstra copper network, was a retrograde step and it was becoming impossible for Australia to compete internationally.

“If we are falling behind already, imagine what it will be like 10-15 years from now,” Mr Patton said. “We have dropped 30 places just in the last few years and we’re now 60th in the global rankings.

“Australia has ambitions to become an innovation nation. How can this happen if we have a second-rate broadband network?” he added. “It’s time for the government to accept that what seemed like a good idea has turned out to have created delays, increased costs and we’ve ended up with an inferior product.”

Mr Turnbull has been copping considerable criticism over low speeds, high costs, extensive rollout delays and a blowout in costs of the National Broadband Network, all of which he denies.

This week Mr Turnbull told the ABC: “What we’re doing is getting all Australians hooked up to broadband much, much faster and much, much cheaper and the runs are on the board.”

A raid by the Australian Federal Police on Senator Stephen Conroy’s office in relation to the leak gave a free kick to Labor leader Bill Shorten.

“It relates to his embarrassment over the fact that there was a massive blowout of costs of billions and billions of dollars, and of course huge delays in the rollout of the NBN,” Mr Shorten said.

Senator Nick Xenophon has described the revelation that four million Australians have no access to internet as “discriminatory and counterproductive”.

Theorists like Manuel Castells, author of The Network Society, have argued that countries with high-quality internet, and an education system engaging the public in how to use it, are jumping forward in terms of social progress and the creation of a productive, well informed community.

At the other end of the spectrum, in countries such as Australia with poor quality internet and unsupportive education systems, the technology is having a negative effect by creating a kind of “ponding of ignorance” where it is used for little more than gossip.

A kind of hourglass effect.

Unfortunately, it seems Australia is on the wrong end of the hourglass.