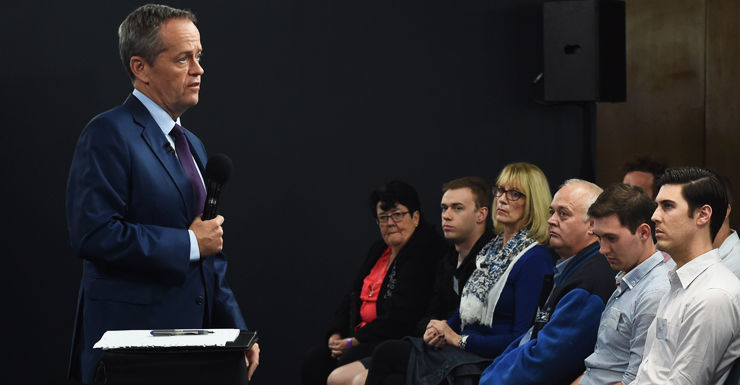 The Liberal Party has been questioned about the flow of taxpayer funds to a company it set up to monitor the voting intentions of swinging voters.

On Wednesday, Fairfax Media reported that in 2014-15 a long-standing Liberal Party-operated company, Parakeelia Pty. Ltd., transferred $500,000 to the federal Liberal division, making it the party’s second-biggest source of funds.

Questions have been raised about identifying how much taxpayers’ money may make up the revenue banked by the Liberal Party from the company each year.

In a tense exchange with Sky News presenter David Speers on Wednesday, Cabinet secretary Senator Arthur Sinodinos eventually acknowledged the funding may come from MPs’ allowances. Asked if he had contributed to Parakeelia, Senator Sinodinos said: “I’d have to check but I think I would have, yes.”

Fairfax reported that MPs contributed $2500 each to “feedback” software used to log information about the name, occupation, gender and any personal engagement they had with electors which may indicate their voting intention.

“The idea is to not waste time speaking to people who lean one way or the other. You want to focus on the swingers,” one ‘former Liberal MP’ was quoted as saying.

The MPs’ contributions to Parakeelia may be ruled to be a legitimate discretionary use of electorate allowances involved in constituency work.

Senator Sinodinos said: “Both sides of politics as I understand it have companies which run data registers and the like.”

Senator Arthur Sinodinos defended the paying of taxpayer funds to a Liberal-controlled company.

Fairfax reported that the Labor Party contracts a company Magenta Linas to use software under licence known as ‘Campaign Central’ funded by subscriptions from MPs. But this was a charge or fee for the service provided.

The electoral disclosure issue arising from the Fairfax revelations is Parakeelia’s annual payments to the Liberal Party.

Liberal Party national director Tony Nutt, a director of Parakeelia with federal president Richard Alston, has yet to respond to the questions arising from the revelations.

Mr Turnbull, who has not benefited from two previous face-to-face debates with Mr Shorten, declined to front the Brisbane forum.

Malcolm Turnbull chose the ABC over a public debate with Mr Shorten.

While repeating many of his debating points on economic stimulus through the Coalition’s phased cut to company tax, Mr Turnbull used the 7.30 interview to flag he would vote for same-sex marriage in the promised plebiscite.

Mr Turnbull made a direct and personal appeal to the ABC audience: “My government’s economic plan is working, but I need three more years to complete it – that’s what I’m seeking from the Australian people.”

Mr Shorten, now an old hand at grass roots engagement, was reported to have won over much of the Brisbane crowd.

Sky News tweeted that more than 50 per cent of the audience acknowledged afterwards they would now vote for Mr Shorten on July 2 on the strength of his Brisbane performance.