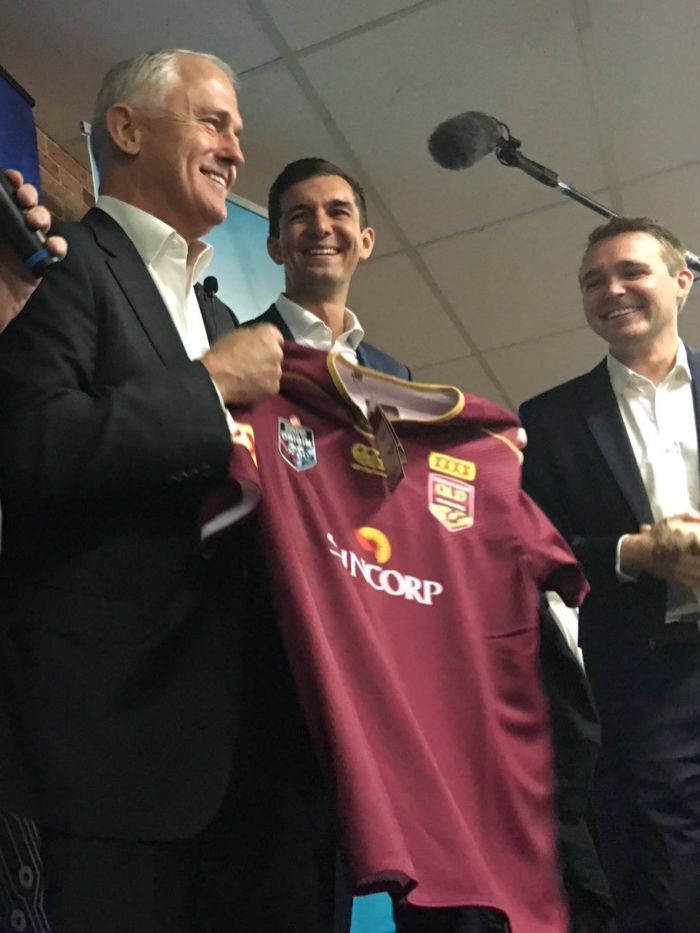 Malcolm Turnbull and Bill Shorten returned to Brisbane today on a mission to warm up voters in the key battleground state of Queensland as the election campaign nears the halfway mark.

The Opposition Leader started the day by speaking with 612 ABC Brisbane's Steve Austin, and faced caller questions on everything from offshore processing to Medicare and big business tax cuts. The session was streamed live on Facebook.

Just four days after his last encounter with protesters in Brisbane, the Prime Minister was met again this morning by union protesters carrying signs reading "Stop Medicare and hospital cuts" as well as clean energy campaigners.

Both leaders were also quizzed on the issue of penalty rates, with Mr Shorten saying he did not believe the Fair Work Commission would change penalty rates.

When pressed on the fact that the independent body could indeed slash rates, Mr Shorten responded with "Well, what if alien life makes contact with earth?"

The national accounts figures were also released today, showing 1.1 per cent growth in the first quarter, which Mr Turnbull called "strong" and said showed "the need for supporting investment".

This afternoon 612 ABC Brisbane's Drive program was broadcast live from the Queensland University of Queensland on one of the top five issues identified by voters — education.

The sunshine state will have a major role in deciding the upcoming election where 12 of the state's 30 seats sit on margins of under 5 per cent.