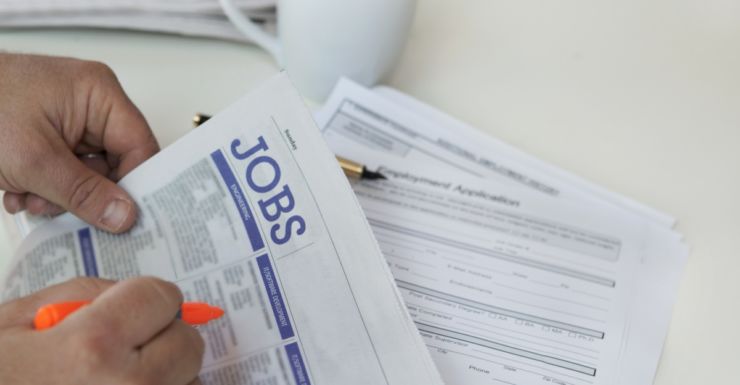 The opposition’s manifesto would have been unthinkable a decade ago, but much has changed since the 2007 ‘Rudd-slide’.

When Labor launched its ‘10-year plan for Australia’s economy‘ on Wednesday, Prime Minister Malcolm Turnbull was quick to dismiss it as a “glossy brochure full of unfunded promises”.

At 32 pages, it contains exactly half as many pages as another glossy brochure, ‘Labor’s mess‘, published by the Coalition in 2014.

While Labor’s manifesto is indeed short on detail, including on how it intends to fund its promises, it is at least written by people with a grasp of the economic trap into which Australia is falling.

That could not be said about the ‘Labor’s mess’ booklet, which doggedly avoided discussing the apparently insignificant event known as the global financial crisis.

‘Labor’s mess’ contained this shocker: “The global financial crisis was isolated mostly to the northern hemisphere. As the Reserve Bank Governor, Glenn Stevens, said in 2010: ‘It was really only a global crisis for six or eight weeks, I think. The rest of it is mainly a North Atlantic story.’”

Stevens must cringe whenever he’s reminded of that quote, because the GFC certainly was felt by economies within our region, and in Australia itself.

The two stimulus packages rolled out by the Rudd government in 2009 and 2010 propped up tens of thousands of small businesses and put a floor under job losses generally.

Both were underpinned by China’s massive infrastructure splurge, which pushed prices for our resource exports through the roof.

The Rudd government intervention even earned then-Treasurer Wayne Swan the 2011 ‘finance minister of the year’ award from Euromoney magazine, which said “beginning with his swift response to stimulate the economy … despite strong opposition at home, Swan has succeeded in getting most of the important decisions right”.

The GFC isn’t over

Why bring all this up two years later? Because Labor’s latest document again faces up to a truth that is politically inconvenient for the Coalition – that the fallout from the GFC is still with us, demanding policy responses that in better times would decried as ‘socialist’ or ‘big government’.

Look at some of the language in the new booklet:

“Labor is the only party with a policy agenda which facilitates the economic transition now through nation building infrastructure while ensuring a stronger and more productive economy in the future by investing in our best resource – our people.”

“Labor will introduce a TAFE funding guarantee to protect public TAFE, because not everyone wants to go to university.  We will also crack down on dodgy private providers …”

“The Australian economy is in the middle of a transition  away from mining investment to more diversified sources  of growth. The Liberal Government’s only response is to offer a $50 billion company tax cut for big business and multinationals, which does nothing to support the transition today.”

“This is why Labor will support economic growth now.”

Get the picture? Labor is overtly promising to boost aggregate demand through public spending, and promoting public rather than private provision of health and education services.

It even admits it will have worse budget deficits than the Coalition over the forward estimates, though promises to reach a budget surplus in the same year – 2021. Actually, such talk from either side is highly speculative.

Labor bases these positions on its current understanding of the economy: “Under the Liberals the economy has experienced the most sustained fall in living standards since records began, and wages growth is at record lows. Private investment is collapsing and the economic transition is struggling with the outlook for non-mining investment getting worse, not better.”

That’s a fairly accurate, if strongly worded, summary of where we’re at – though like the Coalition’s booklet, it wrongly implies ‘it’s all the other side’s fault’.

A seachange in economic thought

This kind of political document would have been unthinkable in the run-up to the 2007 election, which self-confessed ‘fiscal conservative’ Kevin Rudd won by adopting the laissez faire economic orthodoxies that had dominated debate since the Hawke-era reforms began in 1983.

Industry is not investing. Photo: AAP

Is Labor being crazy-brave presenting voters with such a manifesto?

Actually, it is just molding its message, and policy platform to the times.

For several years, flagging private sector demand has been the bane of OECD national economies, which is why the OECD itself, the IMF and economists around the world have urged governments to pick up the slack via infrastructure spending.

Some The New Daily readers took issue with my statement several weeks ago that a tax-cut-driven stimulus is “more elegant” than a public spending approach to stimulus, but that the latter is “more of a sure thing”.

I stand by those views. In better times, a tax cut – particularly in the small business sector – would create investment and jobs. But in today’s economic climate, the Australian economy is increasingly in need of a sure thing.

Labor’s 10-year plan shows clearly that it thinks voters are ready to hear that message. Whether it’s got that call right will be revealed on July 2.