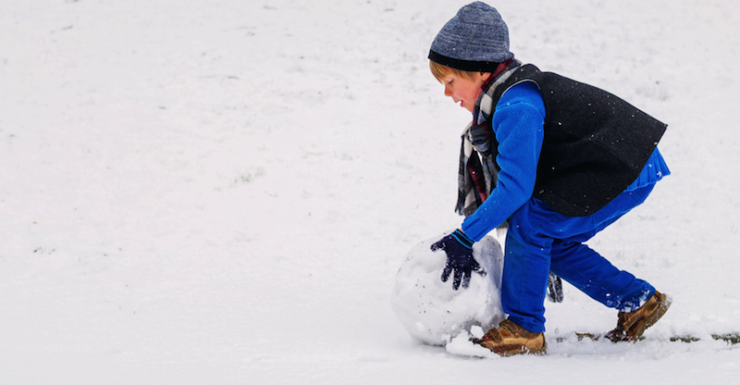 Labor’s announcement of a further $8.9 billion in net budget improvements on Friday continues its campaign to get voters thinking over the ‘medium term’ rather than over the next four years.

The measures include a back-down on some of the Coalition’s cost-cutting plans that have been blocked in the Senate since the Abbott-Hockey budget of 2014.

But after announcing those measures, shadow finance spokesman Tony Burke said all the other blocked savings would remain blocked – meaning Treasurer Scott Morrison has booked $5.5 billion in savings in his first budget that can never be realised. Awkward.

Better-off families will be hit. Photo:Getty

In addition to those selective back-downs, Labor has found $3 billion over 10 years through changes to the private health insurance rebate, cut $500 million from the ‘reforming industry growth centres’ programme, and clawed back $400 million from the “abolition of the Innovation Xchange” which, it claims, “focused on purchasing bean bags”. Hmm.

The most controversial savings announced on Friday was a halving of the family tax benefit (FTB) part A supplement for families earning over $100,000 a year, which saves about $0.5 billion over four years, and $2.1 billion over ten years.

That’s not a lot money in a budget worth $450 billion this financial year, but the ‘structural’ part of it is that the threshold won’t be indexed to inflation.

That means that in ten years, assuming inflation is not flat or negative, a growing number of families would be pushed over the threshold and lose half that supplement.

The full supplement this year is $726 per child, so cutting that to around $360 won’t send households broke, but like so many of Labor’s medium-term plans it will become more significant to the budget bottom line over time.

But is all this ten-year thinking justified? Treasurer Morrison doesn’t think so, saying he wouldn’t “endorse Labor’s ten-year fantasy” – a bit rich from a Treasurer who made the central plank of his first budget the ‘Ten year enterprise tax plan’.

The fact remains, though, that it was not only the Rudd-Gillard-Rudd governments that ‘broke’ the budget.

As the Grattan Institute’s ‘Wealth of Generations’ report clearly demonstrated in 2014, the federal budget was in structural deficit from the last year of the Howard government.

John Howard and Kevin Rudd fought the 2007 election promising tax cuts that were not sustainable, as the huge revenue boosts of the ‘price phase’ of the resources boom began to fall away.

That was exacerbated by too-generous family benefits left behind by the Howard government, and which Labor did not want to address when it was under attack over issues such as the carbon tax and asylum seeker arrivals.

Revenue slumped further during the worst years of the global financial crisis – 2009 and 2010 – and though it recovered somewhat, it has not come close to covering expenditure by either Labor or the Coalition government since.

The trouble both sides of politics now face is that drastic cost-cutting – the kind tried by the Abbott government – would depress aggregate demand and push the economy closer towards recession.

But at the same time, voters want to know that somewhere in the distant future, the government will break even and start paying off the national debt.

That’s why Labor is trying to keep the focus on its ten-year policy projections.

It has admitted that its fairly small budget cuts will see bigger deficit blow-outs in the next four year’s compared with the Coalition’s plans.

But is it right to point out, across it negative gearing and capital gains tax reform, and Friday’s FTB reform, that these structural fixes will have a much more positive impact beyond the forward estimates.

So while Treasury forecasts of GDP growth, tax revenue growth, unemployment and so on are not worth the paper they’re printed on over the 10 years, it is possible to say that ‘structural savings’ will gather pace over the same time frame.

We know that because we have just witness a ten-year structural deterioration of the budget. It was started by the Howard government, kicked along by Labor and is now tugging at the bottom line of Mr Morrison’s first budget.

The ‘debt and deficit’ meme that served Tony Abbott so well has skewed economic debate in Australia. It is quite possible for the economy to transition away from the mining boom era, even with the government servicing larger debts that it currently has.

That’s just as well, as there are no quick fixes for either side. The ten-year forecast is here to stay.