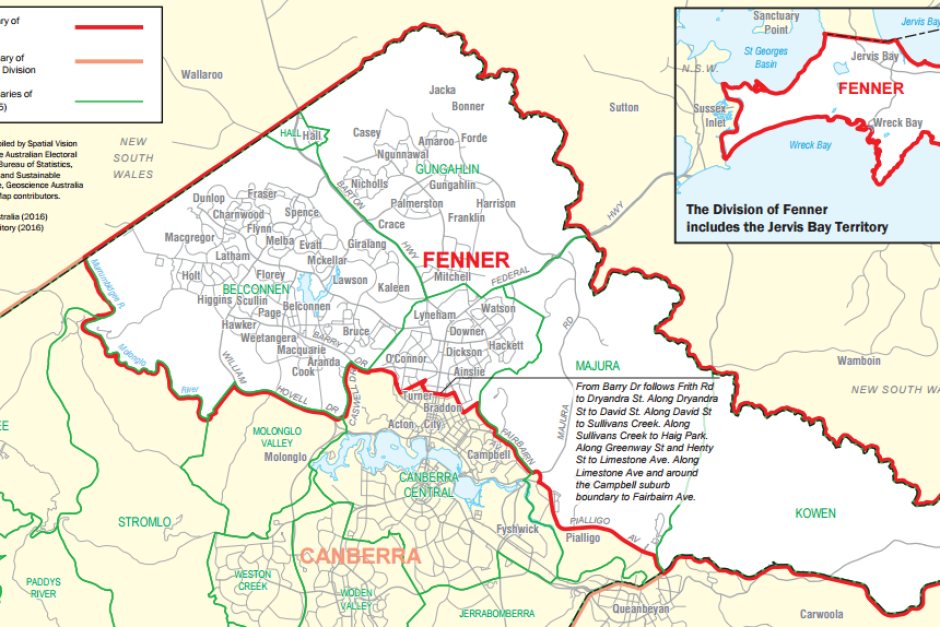 Federal Election 2016: How does the Australian Electoral Commission determine the boundaries of a division?

The electoral map in Australia looks a little different this election compared to the 2013 poll.

Western Australia has gained a seat, New South Wales has lost one and a swag of seats across both states and the Australian Capital Territory have different boundaries.

The changes are a result of redistributions — a process the Australian Electoral Commission (AEC) uses to ensure that each electorate has a relatively even number of voters.

It also ensures that each state has a representative number of seats in the House of Representatives.

So how does the AEC determine the boundaries? And how does it assess the impact of a redistribution?

One curious Australian has asked us to investigate.

When does redistribution happen?

The AEC has three triggers to conduct redistributions:

While NSW, the ACT and WA have undergone recent redistributions, other states are due for a shake-up in the near future.

The Northern Territory is currently mid-redistribution, Tasmania is overdue, Queensland's due later this year, Victoria next year and South Australia in 2018.

How do they do it?

The first step is to form a Redistribution Committee.

The Redistribution Committee applies a quota for each seat based on the state's population three-and-a-half years ahead.

For instance, the quota in the recent NSW redistribution was calculated by taking the state's projected population in 2019 (5.195 million) and dividing it by 47 seats. That left a projected quota of 110,542 voters for each NSW seat.

The committee draws up a proposed redistribution that considers the current boundaries, geography, communication and travel within a proposed electorate; and economic, social and regional interests.

The public (or nervous politicians) have four opportunities during the process to have their say by commenting, suggesting or objecting to new boundary proposals.

Once they are finalise by the Commission, the Parliament has no power to reject or amend the new boundaries.

Mr Green points out the recent redistributions in NSW and WA made the Coalition's task of retaining government harder.

These notional figures are calculated using new estimated seat margins, calculated by both the AEC and the Parliamentary Library using polling data from the previous election.

What's in a name?

Here is a curiosity — electorates can only be named (or re-named) in a redistribution.

In the most recent redistributions, the NSW Labor seat of Throsby was re-named Whitlam in honour of one former prime minister.

In the ACT, the seat of Fraser, originally named after former local MP Jim Fraser, was renamed Fenner, in honour of scientist Frank Fenner.

It seems the Fraser name is being saved for a future Victorian seat to honour of another former leader, Malcolm Fraser.