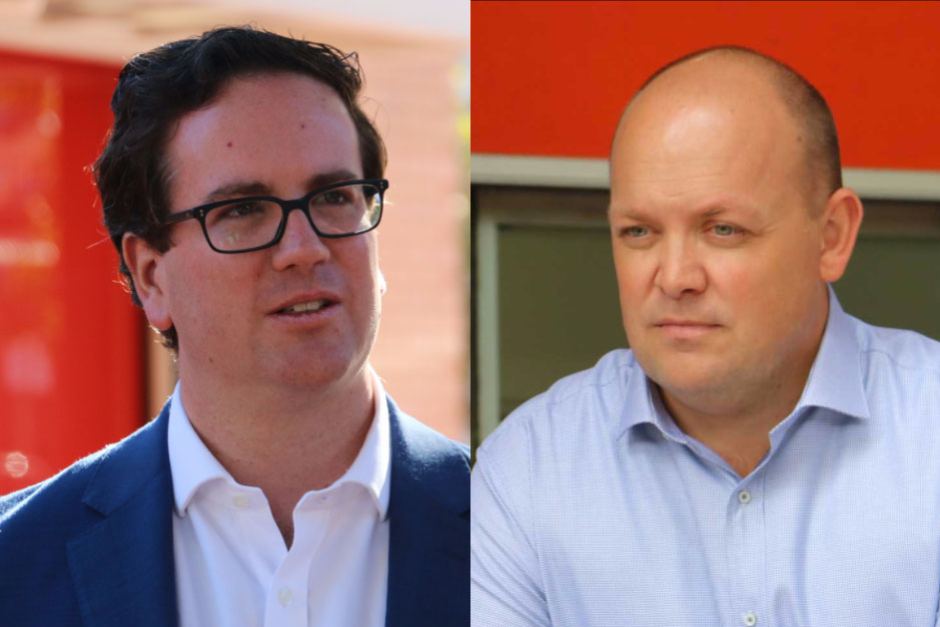 The Liberal candidate for the new West Australian seat of Burt is "very, very hopeful" of winning, despite marginal seat polling showing it is the most likely electorate in the state to go to Labor.

Burt, notionally Liberal on a 6.1 per cent margin, was the only extra WA seat the ALP was tipped to gain by Newspoll and Galaxy surveys, despite Cowan being on a slimmer margin of 4.5 per cent and Hasluck on 6 per cent.

Ms Bishop would not say whether she thought Mr O'Sullivan would win.

"Every seat counts, every vote counts. And I think Matt O'Sullivan is an outstanding candidate," the senior WA MP said.

But Mr O'Sullivan appeared more optimistic as he again announced a Coalition government would provide $10 million for the upgrade of the Armadale Aquatic Centre.

"There's great feedback. People are looking for stable government and this is what we provide," he said.

Labor believes it has a very strong chance of winning Burt and views it as an indicator of how it will perform in the west on election night.

Burt was created from parts of Hasluck, Tangney and Canning, including Armadale, where Labor candidate Matt Keogh won every booth when he unsuccessfully contested the Canning by-election last year.

"The campaign has been going positively, we've been continuing to have lots and lots of conversations with people across the electorate," Mr Keogh said.

"There's a nice positive vibe but we just know it's going to be very, very close."

Mr Keogh said voters across the electorate were concerned about cuts to hospital and school funding, and changes to Medicare.

He was also campaigning on infrastructure and investment, promising an Armadale Road bridge to the Kwinana freeway.

Mr O'Sullivan has promised to work with local employers on jobs training programs to boost the employment rate in areas like Armadale, where up to one in five people are unemployed.

He has also focused on law and order, an issue that resonated with some voters in the electorate today, including Chelsea Cowan, who said her younger sister's school was regularly vandalised and people were stabbed.

"I take my sisters personally to school, because there's no safety," Ms Cowan said.

Anne Stanton has already voted. She would not say who had her support, but said she was sick of party political election advertising in the key seat.

Looking after the vulnerable was important to her.

"I think helping the elderly and also the homeless people and things like that, because there's so many on the streets," Ms Stanton said.

Ms Bishop said federal candidates and MPs could campaign on local issues but that would not be all people voted on.

"Generally people do understand the difference between state matters and federal matters," she said.

"But I'm happy to be supporting [WA Premier] Colin Barnett and the State Government."

Mr Barnett has denied his Government's unpopularity and economic record would be to blame for a lower federal Liberal vote in WA, pointing to the state's low GST share and saying people distinguished between state and federal issues.