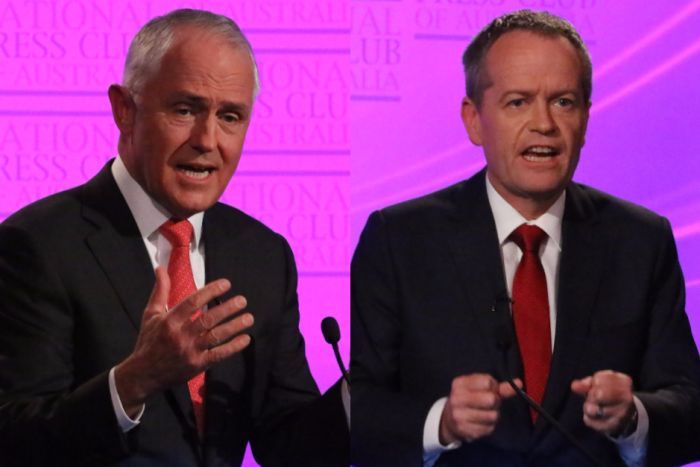 Federal Election 2016: A state-by-state breakdown of where the parties stand

Labor has a lot of ground to make up in the last 16 days of this campaign if it hopes to win Government on July 2.

Based on the last Parliament, Labor needs to win 21 seats to govern in its own right.

The Coalition held 90 seats in the 44th Parliament and Labor 55 with five on the cross bench. Boundary shifts notionally tilt that equation in Labor's favour but the seats still have to be won.

Only Petrie and Capricornia look likely to fall and the Liberal National Party will win back Clive Palmer's seat of Fairfax (notionally LNP 11.7).

Labor is battling a "Turnbull effect" in Brisbane that is being noted around the country: the closer an electorate is to the centre of a city the greater the appeal of the Prime Minister.

Griffith (3.0) is causing Labor some heartache but it expects to hold the seat.

So two seats for Labor and one for the Coalition.

This state now looms as the Coalition's biggest hurdle, which explains why both major parties are launching their campaigns in Sydney.

Despite the effort Labor is putting into Lindsay, the Coalition enjoys a healthy lead.

Labor is worried about Parramatta (1.3).

Labor should take Paterson and Eden Monaro, it is close in Dobell and Page but Robertson (Lib 3.1) seems to be tilting towards the Coalition.

Barnaby Joyce is tipped to hold on in New England (19.5).

The major party contests here are in the seats of Corangamite (Lib 3.9) and Dunkley (Lib 5.6).

The Coalition believes the bitter fight between the State Government and the Country Fire Authority is helping in Corangamite. Dunkley looks to be the most likely Labor gain.

The Coalition's hopes of snatching back Indi (0.3 v Lib) from Independent Cathy McGowan have evaporated.

Labor's hopes of holding Batman (10.6 v Grn) rose with the Liberal preferences but the race could still be close.

In the long run Labor fears it will lose this and other inner urban seats around the country to the Greens and its research shows that once voters turn green they do not tend to return.

One seat to Labor.

The Coalition argues its "three amigos" will hold their ground.

One seat to Labor.

Everything is in play here because of the Nick Xenophon phenomenon.

His team is now expected to win a remarkable four senate seats.

The question is how will that translate to the lower house? The answer, no one knows.

One thing is clear; Senator Xenophon is rattling both major parties.

And the more Senator Xenophon is attacked by the major parties the more voters he attracts.

The only major party contest here is in Hindmarsh (Lib 1.9).

The consensus here is... no one knows what will happen.

Solomon (1.4) is the contest and the local threat to the Coalition here is a lurid sex scandal which is tainting the always entertaining Country Liberal Party. The Coalition expects to hold this seat.

Labor holds only three seats in the West which is an indictment of the local branch.

But bad candidate selection might hurt Labor's chances over the next three weeks.

So, things can change in 16 days but if a poll was held this weekend the score would be Coalition 80 seats to Labor's 66.