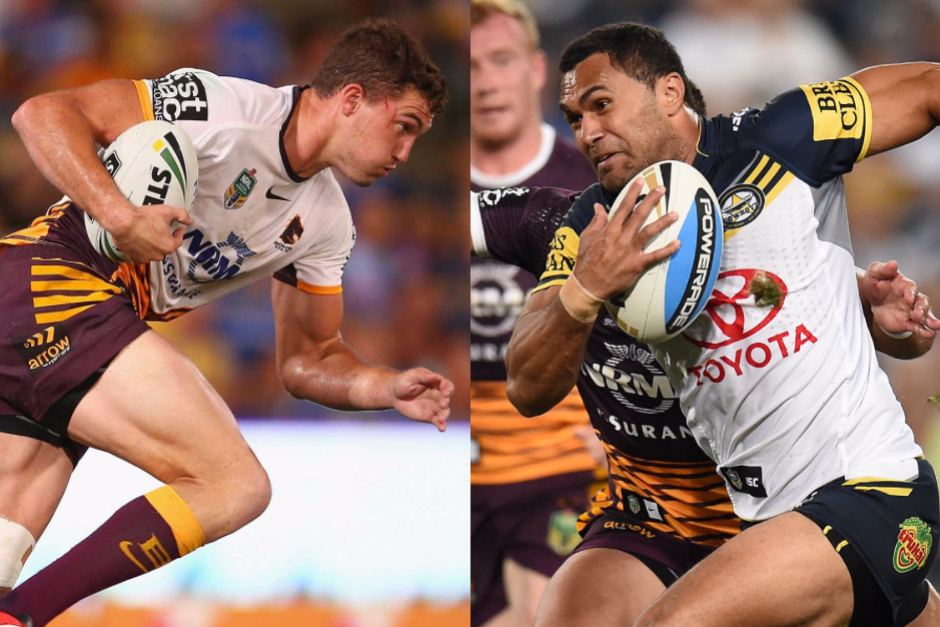 State Of Origin: Corey Oates, Justin O'Neill named to debut in Game I for Queensland Maroons

Corey Oates and Justin O'Neill will make their State Of Origin debuts on June 1 after being named in Queensland's side for Game I.

The pair beat out O'Neill's North Queensland team-mate, winger Kyle Feldt, for the vacant spots in the backline, with incumbent winger Dane Gagai keeping his spot despite playing for the league-worst Newcastle Knights.

"It's been a very successful era for the State of Origin side," Walters said.

"Just looking at the players, there's a couple of boys into the team fresh but also a lot of faces that have done Queensland proud for the last 10 years.

"There's plenty of talent to work with and that's something I'm very much looking forward to."

Despite missing two games with a shoulder injury, 21-year-old Oates has scored nine tries in as many matches for the Broncos to sit equal-third in the league in his fourth season.

Former Storm centre O'Neill, meanwhile, has been rewarded for his solid form for the reigning premiers North Queensland, which includes seven tries through 11 games in 2016.

Unsurprisingly, Kangaroos and Broncos full-back Darius Boyd will wear number one in Origin for the first time, with incumbent Greg Inglis slotting back into the centres.

The Maroons had little choice but to inject new blood into their backline for this year's series.

Storm duo Billy Slater and Will Chambers were ruled out with shoulder and foot injuries respectively, while fellow incumbent centre Justin Hodges retired at the end of last season.

Further limiting their options were the one-year bans handed down to Valentine Holmes, Cameron Munster and Edrick Lee for breaking curfew during a preseason Emerging Maroons camp.

Warriors prop Jacob Lillyman drops off the bench and Brisbane's Josh McGuire returns to the side after missing Queensland's 52-6 win in last year's decider with a torn Achilles tendon.