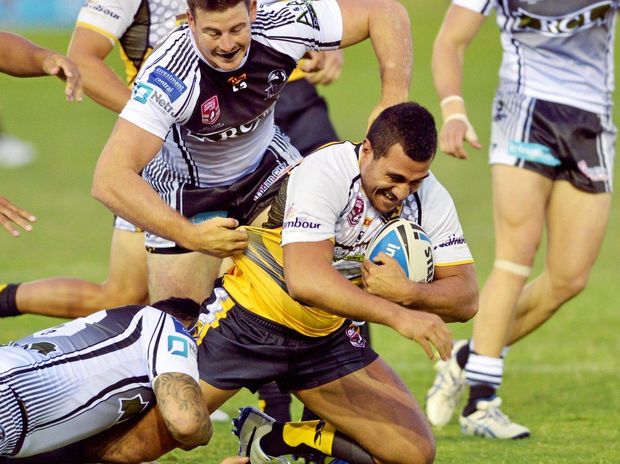 League sides could mix it with FOGS A-grade

Sunshine Coast footy could stand the test of FOGS A-grade according to Caboolture’s coach Adrian Rouse.

The former coach of Wynnym-Manly’s Intrust Super Cup reserve grade side has taken on the Caboolture job to be closer to his home in Narangba this season and was pleasantly surprised at the standard of footy that met him.

His thoughts have been reinforced by the Coast’s recent win at the 47th Battalion carnival in Roma, where the Coast stamped its authority on the Central Division.

“I didn’t know what to expect because I hadn’t seen a game on the Coast in a while,” he said.

“I’ve found the competition is not far off the quality of FOGS A-grade. I reckon if you threw the likes of Kawana or Maroochydore in (the competition) they’d hold their own.”

Caboolture sit fourth on the six team ladder after seven rounds of football, but Rouse said he hasn’t put a full-strength side on the park this season.

And he said it was unlikely he’d be able to do so on Saturday, when the Snakes host Kawana at Bob Day Oval (6.30pm).

Injuires and player availabilty has given the coach yet another headache just days out from a match.

The side has however been bolstered by the likes of fringe Falcons players Jacob Samoa and Dylan Sullivan dropping back to the Snakes at times this season.

Samoa has played for Kawana, Caboolture and was scheduled to play for Noosa already in 2016.

Although Rouse welcomed the Intrust Super Cup experience into his side, he said the situation made it difficult to find continuity week to week.

“We all knew at the start of the year that was going to happen,” he said.

“We’re sort of hanging out each week to find out if we’re getting anyone back. The (players) love it when we do.

“(Jacob) leads by example and is a good communicator on and off the field. It’s a boost to have a player of his calibre.”

In other matches this weekend, Maroochydore/Coolum hosts the Nambour Crushers, while the Caloundra Sharks travel north to face the in-form Gympie Devils at Noosa District Sports Complex.