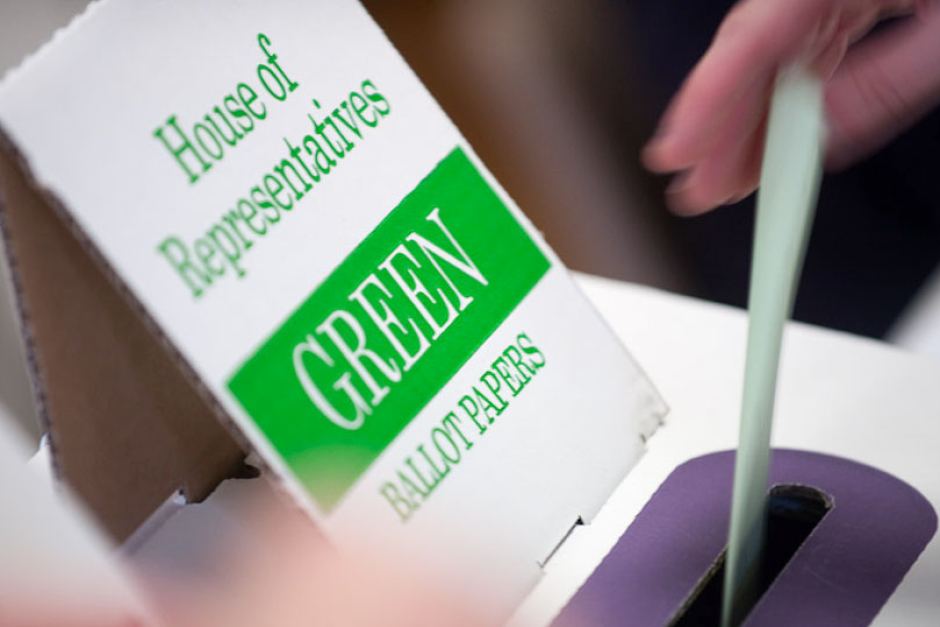 Federal Election 2016: Why do we have a two-party preferred system?

The last federal election saw an influx of minor parties and independents into the Senate, but for most of Australia's history political power has rested in the hands of the major parties.

So why are Labor and the Coalition (Liberal and National parties) so dominant? Why do we have a two-party preferred system?

"It's been on my mind for a little while," he said.

"I think it's stupid.

"The last two years, in the end, with our system we've had instability in the government, and it's time for the government to get sorted."

As part of our Curious Campaign series, I tracked down some answers for him.

First, let's break down the question.

The ABC's in-house election expert, Antony Green, says we have a predominantly two-party system for a series of historical reasons.

"Like most western countries, our party system stabilised around the time of World War I into a predominantly two-party system," he said.

"That started over 100 years ago as the formation of our party system and it's more or less been in that form ever since."

In 95 per cent of electorates the Greens are finishing third and it's their preferences that count.

Part of that dominance comes down to voter inertia.

The two-party system remained largely unchallenged in Australia until the 1950s, when a split in the Labor Party saw the formation of the Democratic Labor Party (DLP).

"The DLP was the first minor party, then the Australian Democrats really in the 1970s, and more recently the Greens. That's when preferential voting became more important," Green said.

"But all of these minor parties, the DLP and the Democrats, never got strong enough concentrations of support to be anything other than providers of preferences to other parties."

There are some indications that's changing.

Green says Labor is losing a proportion of its base to the Greens, meaning it now struggles to get 40 per cent of first-preference votes.

"In most electorates, 95 per cent of electorates, the Greens are finishing third and it's their preferences that count," he said.

"But you're increasingly seeing with seats like Melbourne and Batman and Grayndler, that the Greens finish first or second and those individual contests are no longer two-party contests."

One of the biggest factors influencing Australia's two-party dominance is our system of compulsory voting, which is unique amongst Westminster-style parliamentary systems.

Green says the system makes it harder for new parties to arise.

"In many other countries a lot of people who vote for our major parties probably wouldn't vote," he said.

"Our major parties still get over 80 per cent of the vote at most elections in the Lower House. That's a relatively high figure compared to other similar countries like Britain, Canada or New Zealand, where there's been a decay in the major parties."

In Australian elections, two-party dominance, coupled with the preferential voting system, has resulted in the calculation of a "two-party preferred" vote.

Put simply, this figure is a percentage calculation comparing the proportion of votes received by the two leading candidates, once the preferences of all minor parties and independents have been distributed.

It can be a useful tool in to work out who's going to win a particular seat, or which major party can win enough seats to form government.

One Nation were part of the 1998 Queensland election. (ABC News: Alyse Edwards)

But what happens when the contest isn't between just two major parties?

It happens more often than you'd think. Green points to the 1998 Queensland election as an example, when One Nation burst onto the scene.

"There were clearly more than two parties in that contest," he said.

"And the Queensland Electoral Commissioner abandoned doing state-wide two-party preferred counts after that election because it was ridiculous to count a two-party contest when you've got three parties competing across the state."

Coming up with a statewide or nationwide two-party preferred count is becoming increasingly problematic, as independents and minor parties gain significant footholds in more seats.

"The two-party preferred figure doesn't, in the end, represent the individual decisions that voters made in seats."

Fortunately, forming government in Australia requires winning a majority of seats in the House of Representatives, not winning the two-party preferred vote.

So for Steven Pitcher, who is frustrated by the two-party system, why do we have it?

Green perhaps puts it best with this simple answer.

"The system would not be a two-party system across the country if fewer people voted for the two parties," he said.