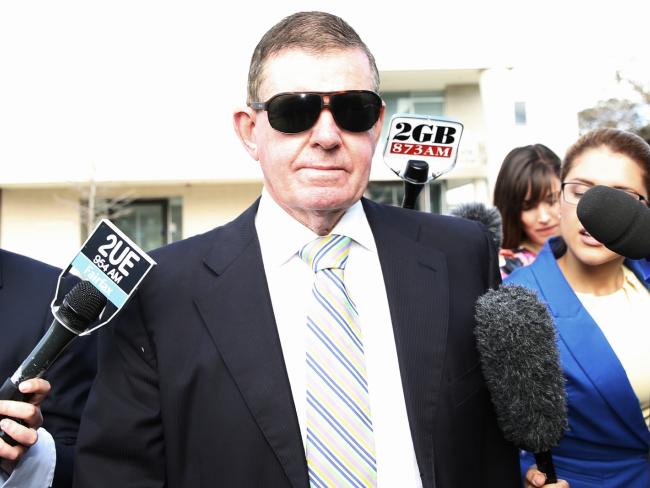 Federal Police will today make a court application that could lead to Malcolm Turnbull’s election campaign being derailed close to polling day.

The AFP will ask the Federal Court for access to records related to the James Ashby affair — the claim that a former staffer to Peter Slipper copied his employer’s confidential diary and gave the information to others.

This could present another headache for Mr Turnbull, who has also been named in the Panama Papers tax evasion scandal this morning.

Federal Police Commissioner Andrew Colvin has revealed that investigations into the most enduring controversy of recent federal political history are close to conclusion.

“What I will say is that the majority of the investigation has been completed. However, there are still a couple of significant avenues of inquiry that we are following,” Commissioner Colvin told a Senate Estimates committee last week.

On April 27, the AFP was granted approval for a Federal Court application for the records.

If the investigations lead to charges being laid in the next seven weeks, Mr Turnbull could have to carry the campaign burden of prominent Liberals — past and present MPs — having to explain their actions.

And the pressure would be only slightly less were a former MP linked to a campaign to undermine Mr Slipper in reprisal for his move from the Liberals to help the minority Labor government.

James Ashby worked for Mr Slipper, the Liberal who turned independent, when Julia Gillard offered to promote him from deputy speaker to speaker in late 2011.

He was in the post for less than 12 months and left amid controversy over his relationship with Mr Ashby, and allegations he had misused allowances.

Mr Ashby, who has been working recently as a pilot for perennial candidate Pauline Hanson, took a sexual harassment case against Mr Slipper. He did not succeed, but the action resulted in damaging text messages and emails being released.

Former Liberal minister Mal Brough, who has publicly acknowledged receiving a copy of the Slipper diary from Mr Ashby, is not standing again for his seat of Fisher, formerly held by Mr Slipper.

Mr Ashby has suggested sitting MPs — Industry Minister Christopher Pyne and Assistant Minister for Innovation Wyatt Roy — might have been involved in the anti-Slipper operation. There has been no evidence to support this and the pair have denied it.

“I know Mr Ashby has seen fit to talk about certain things in the media but I do not think it is appropriate for me to confirm or deny whether we have taken statements or whom we may be interested in,” Mr Colvin said.

In February, the AFP executed warrants to get “relevant material” from Parliament House computers.

“It related to records that (the Department of Parliamentary Services) hold,” Acting Deputy Commissioner Ian McCartney told the Senate committee.

The AFP officers made clear they would soon be in a position to lay charges.

“From our perspective, the majority of the investigation has been completed, but we need to go through and assure ourselves we have all of the relevant material before we make a final judgment,” Mr Colvin said.

A Federal Court judge will decide within three weeks whether to allow police access to mobile phone records in their investigation of Liberal National Party MP Mal Brough.

The AFP was in court this morning seeking access to the mobile phone records of James Ashby, staffer of former speaker Peter Slipper.

Barrister for the Commonwealth, Andrew Berger, told the court there could be information on the phone that "leads to the inference that information has been passed that should not have been passed… and may indicate where an offence has potentially been committed".

"There is in some broad terms some smoke… and [the AFP] wish to see… if there may be some fire," he said.

Police want access to the forensic downloads of Mr Ashby's text and picture messages, to investigate whether Mr Brough committed a crime by encouraging him to copy pages of Mr Slipper's diary.

The mobile records were submitted by Mr Ashby in his civil sexual harassment case against Mr Slipper, but according to Mr Berger are no longer "located on the handset" because they were sent in 2012.

Both Mr Slipper and Mr Ashby have consented to the records being given to police.

But Justice Geoffrey Flick said this morning "there's got to be a reason" to grant such an application, as evidence garnered in a civil case is not routinely passed over for criminal investigations.

"I don't intend to re-litigate Ashby and Slipper," he said.

"I do intend to reserve my decision [for two to three weeks]. I don't think it's all that clear cut."

Mr Brough stood down as special minister of state in December and later said he would not contest the upcoming federal election.

Mr Ashby's sexual harassment suit was rejected by a Federal Court judge, who said Mr Ashby had been part of a "combination" including Mr Brough, which had used the legal action as a political weapon against Mr Slipper.

Mr Ashby then appealed and the original judgement was set aside, but Mr Ashby later dropped the case.