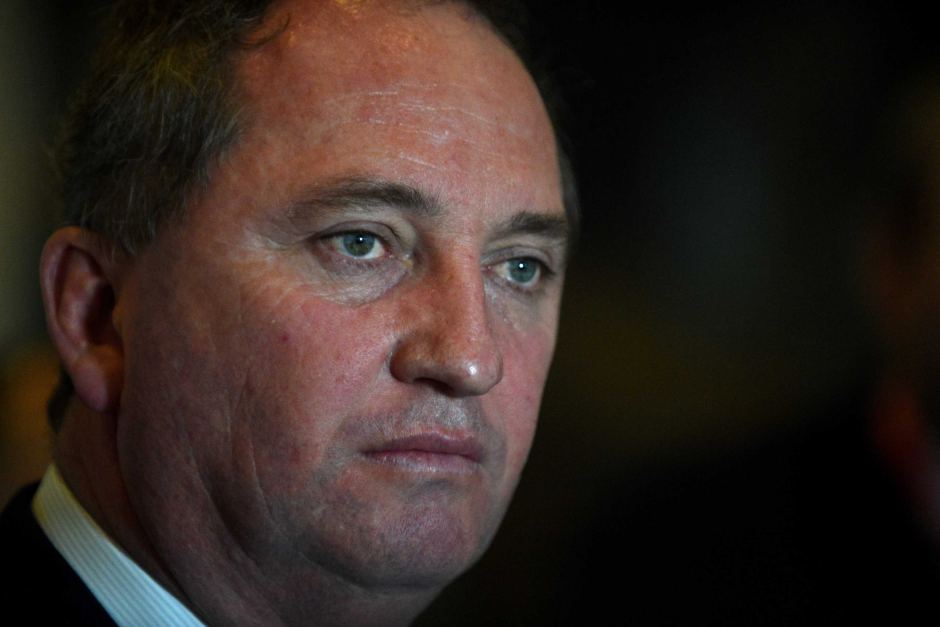 Prime Minister Malcolm Turnbull is in diplomatic damage control today, rejecting his deputy Barnaby Joyce's comments that a 2011 decision to suspend live cattle exports to Indonesia is linked to an increase in asylum seeker boats.

Mr Turnbull said "there is no link between the Indonesian Government and people smuggling" and praised the leadership of Indonesian President Joko 'Jokowi' Widodo.

"We have a good relationship with them. I think President Jokowi is a great leader, he's in fact an inspirational leader," Mr Turnbull said.

"The only point that I want to stress is that our cooperation with Indonesia in terms of stopping people smuggling is very, very strong.

"They are as committed to stopping that trade as we are."

Mr Joyce said Australia had been one of the largest suppliers of meat to Indonesia in 2011, when the Gillard Labor government decided to suspend live cattle exports in the wake of a Four Corners cruelty investigation.

"Might I remind you that when we closed down the live animal export industry, it was around about the same time that we started seeing a lot of people arriving in boats in Australia," Mr Joyce said.

"They accepted us as a reasonable trading partner; we proved overnight that we weren't; we created immense bad will in the region we live."

Mr Joyce tried to clarify and limit the damage of his comments by speaking on Channel Seven on Thursday morning.

"I'm not saying that this caused the Indonesians to start sending people across, I never suggested that," he said.

"But I did clearly suggest that it made it difficult, gave a real degree of difficulty in how we negotiate with Indonesia."

But Treasurer Scott Morrison said he would not "accept" Mr Joyce linked the live cattle export suspension with an increase in asylum seeker boats.

"I don't think that's what Barnaby is suggesting. That's what others have implied," Mr Morrison said.

"What Barnaby simply said was he talked about the escalation under Labor's failed policies on border protection."

"Barnaby was saying that when you've got a relationship with a key partner like Indonesia you've got to treat them with respect," he said.

"At best, it represents an over-analysis of the subject. Worse still, it is shocking to suggest that the Indonesian government would put at risk the safety and lives of innocent asylum seekers in making the treacherous journey to Australia simply to make a point," the statement said.

A spokesman for the Indonesian Foreign Ministry said the Government wanted to clarify Mr Joyce's statement before officially responding.

"At no stage until last night has anyone, even our worst critics, tried to link the two issues," Mr Shorten said.

"I think it's a really, really ignorant remark.

"What I'm not going to do is let the Government clown brigade roll into the circus and say that somehow the live animal export issue is tied up to asylum seekers and this is the first time it's been raised."

ABC political editor Chris Uhlmann, who was hosting the debate, pressed Mr Joyce on the comments on Wednesday night.

"Do you genuinely believe that those two things were linked?" Uhlmann asked.

"I think that our capacity to have a strong working relationship with Indonesia is affected by them relying on us to be reliable suppliers of protein for their market," Mr Joyce said.

"Do you realise that you are suggesting the Indonesian Government then unleashed the boats in response?" Uhlmann asked.

"I think it's absolutely the case that we created extreme bad will with Indonesia when we closed down the live animal export industry," Mr Joyce replied

Up until then, the debate had been fairly mild-mannered, but Mr Fitzgibbon and Senator Di Natale seized upon Mr Joyce's comments.

"Barnaby, Chris gave you the chance to step back from your comments. You're not taking the opportunity?" Mr Fitzgibbon asked.

"I stand by [them], we can talk about this all night. You either believe that it created bad feeling in Indonesia, or you don't," Mr Joyce said.

"Are you suggesting the Indonesian Government is sending refugees to Australia?" Senator Di Natale asked.

"I believe that the Independents and the Greens and the Labor Party, when they closed down the live animal export industry, created immense bad will, and our capacity to manage other problems which became present were affected," Mr Joyce said.