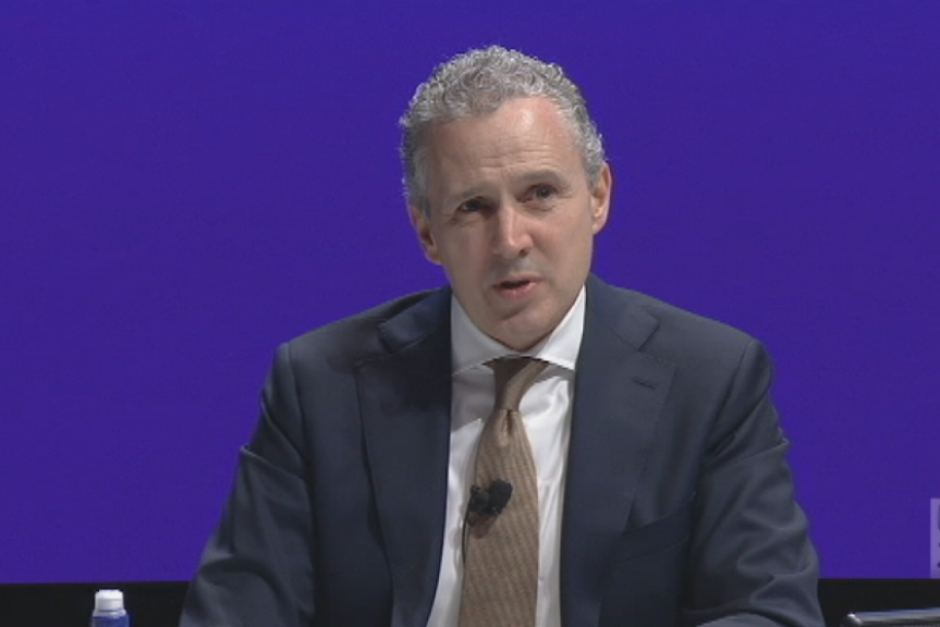 The renationalisation of the last mile of broadband infrastructure and establishment of the NBN was always going to come at a heavy cost to Telstra.

But, just how heavy wasn't known until the telco's boss Andy Penn fronted up to investors earlier this month.

Lost earnings, both annual and ongoing, of $2 to $3 billion was his best estimate, substantially higher than most analysts and big investors had bargained on.

When put in that context, the one-off $11 billion compensation package, valued at 2010 prices, doesn't look like that life-changing, mega lottery win many assumed.

While undoubtedly there are opportunities for Telstra with the NBN roll-out, the challenges in protecting its core business are substantial.

Telstra's wholesale business will be effectively wiped out by around 2020.

A large chunk of the voice market is likely to be lost, and all the while usage and access fees paid to the NBN will mount up and will only be partly offset by annuity infrastructure payments.

Those $2 billion worth of NBN charges by 2020 will crush fixed retail margins - which due to Telstra's current ownership of the "last mile", backhaul and international infrastructure - are said to be about the highest in the industry.

Hidden in the background is the likely removal of bottlenecks and geographic barriers to competitors by the NBN could put further pressure on Telstra's market share.

Just as all this is about to hit, Telstra's strong growth - 7 per cent compound annual growth in earnings since 2011 - stalled in the first half of 2016.

Mobile, which has dialled up the bulk of Telstra's growth, appears to have plateaued, albeit with a very healthy market share of around 50 per cent.

At the investor day briefing Mr Penn backed a combination of increased productivity, growth projects and Asia as the best options.

Cost cutting is nothing new at Telstra with management lopping out around $1 billion a year over the past five years from its cost base.

However Credit Suisse analyst Fraser McLeish said the key risk is that productivity savings are not nearly sufficient to offset the NBN impact.

"There is substantial risk that the savings end up being lower than expected and the risk around the timing of savings being realised," Mr McLeish said.

"As well (there is) a likely timing mismatch as new NBN costs ramp up, but savings take a longer time to come through."

Telstra will be a 'world-class tech company': Penn

But the bigger risk is undoubtedly with the pipeline of "growth' projects which are intended to transform Telstra from being a boring old utility, grinding out dividends, to a "world-class tech company".

Mr Penn wasn't setting his sights too high on this score.

"That does not mean to say that we expect to become Microsoft or Google," Mr Penn told investors.

As well Telstra has made numerous small investments - totalling around $1.8 billion - in software and e-Health companies, but so far they are mainly burning cash and are years away from making any significant earnings contribution.

Inherent in this evolution is rolling out of traditional high margin telco businesses and into the lower margin tech space means earnings need to accelerate just to stand still.

Mr Penn said it was too early to say how big the opportunities were; that is something to be assessed around 2020 when the "growth projects" will either have economic scale, or else be filed away under "nice try" or "whoops".

Most of Telstra's global peers are adopting similar strategies but there are significant risks, according to Morgan Stanley's Mark Goodridge.

Mr Goodridge noted Telstra is experiencing more intense competition in mobiles, retail and corporate businesses (including NAS) and is likely to see a slab of its quasi-monopoly returns transferred to rising oligopolists such as TPG and Vocus.

"Whilst we believe this growth strategy is sound, we highlight the risk of moving into the software space, as it is characterised by lower barriers to entry and industry verticals, where winners can take all," Mr Goodridge told clients in a recent research note.

"This means earning generated out of the NAS and Global NAS business, whilst attractive, maintain a higher level of risk than traditional telco firms."

Asia has also not been without its challenges for Telstra.

Its foray into the Hong Kong mobile market via a company called CSL cost shareholders billions in an unhappy decade between 2001 and 2013.

More recently, the failure earlier this year of its joint venture with the giant brewer San Miguel to build a mobile network in the Philippines highlighted just how difficult it is to get a value building deal done in the region.

Mr Penn argues that Telstra's advantage in its efforts to become a world-class tech business is its existing network.

"There is virtually no technology innovation today that is happening that does not rely on the underlying network," Mr Penn told investors.

A man installs the NBN to a property in western Queensland. (Supplied: Kristy Sparrow)

Another nationwide crash on Friday is probably not what Mr Penn had hoped for in terms leveraging a "world class network" into the equation and grow subscribers' trust.

While the company has pledged another $50 million to fix the ongoing problems, providing a reliable network goes to the heart of Telstra's core business and future prospects.

The latest NBN wholesale report from the Australian Consumer and Competition Commission found Telstra, along with its smaller rival TPG, are doing well at either holding or expanding their share as the roll out continues.

In the March quarter, Telstra has gained ground in metropolitan areas while ceding it in the regions.

However will it all be good enough to sustain the rich flow of dividends Telstra churns out to its roughly 1.5 million shareholders?

Telstra's shareholders are a sensitive bunch about such things.

The last time they had a sniff of a dividend cut back in 2010, the share price tumbled to a post-privatisation low of around $2.60.

In the short term Telstra has an extra $1.5 billion worth of largesse to distribute, although it remains unclear it will be via a special dividend or buyback, courtesy of its successful exit from its Chinese Autohome Inc investment.

Telstra said it expects to "increase the dividend over time, based on growth in EPS (earnings per share) on a sustainable basis."

But just what is "sustainable" growth in a world where margins are shrinking, competition is rising and a large part of the bet is placed on high-risk options far away from Telstra traditional strengths?

And even before growth can be considered, Telstra is starting way behind scratch.

Just finding an extra $2-to-$3 billion in earnings every year to make up for NBN handicapping is something of a challenge in the current competition.