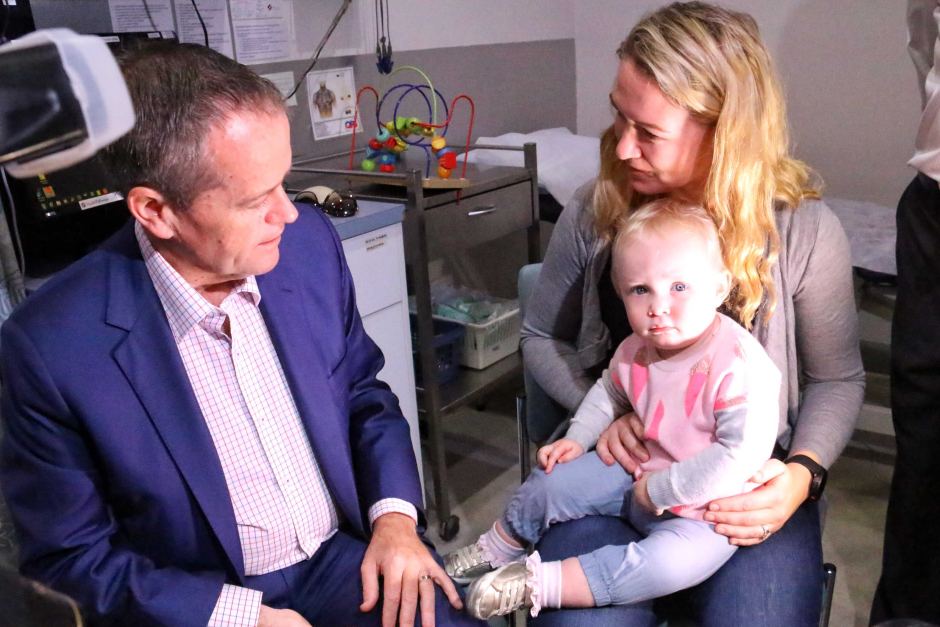 Labor has used a marginal Coalition seat in Sydney today to reaffirm its opposition to imposing extra costs for some medicines, in the process taking a budget hit of close to $1 billion.

Labor plan will cost about $1b

The 2014 Abbott government budget included a proposal for Australians to pay an extra $5 towards the cost of each Pharmaceutical Benefits Scheme (PBS) prescription, and for concession card holders to pay an extra 80 cents.

The plan, which also included changes to safety net thresholds, was projected to save $1.3 billion, but was blocked in the Upper House.

Labor has long railed against the plan, which it has characterised as a "medicines tax" that would lead to a US-style health system.

The Opposition has now formally committed to drop the cuts if elected and has acknowledged that keeping the existing conditions in place will cost $971 million over the next four years.

It says those costings have been provided by the Parliamentary Budget Office.

"Our policy … is about preserving Medicare and keeping down the price of medicine and prescription drugs," Opposition Leader Bill Shorten said.

"I want to say to people who go to the local pharmacist, if you go to the pharmacy after July 2, under a Labor Party government if we are elected, you will be paying less money."

"Because we know the longer-term cost of that is that will force greater entry into hospitals to deal with disease or ailments that should have been dealt with earlier."

There is no detail in the material provided by Labor so far to explain how this particular policy would be funded.

"Bill Shorten goes out every single day making unfunded spending promises without explaining how he's going to pay for it. He's getting quite cavalier about it, just saying just put it on the spendometer," he told Insiders.

"It is very easy for them to say these things, but down the track you can expect the Labor Party to say what they said in 2011, [which was] we cannot list new medicines because the budget cannot afford it," she said.

By again focusing on a health-related election promise, Mr Shorten is continuing his pitch to voters that Labor is the party that will deliver better public services in health and education.

The Opposition Leader has selected the marginal Liberal seat of Reid for the announcement, an electorate which is held by Assistant Minister Craig Laundy.

Before the redistribution, Mr Laundy held the seat by a very slender 0.9 per cent. He is now in a slightly stronger, but still vulnerable, position with a margin of 3.3 per cent.

Reid was traditionally a very safe Labor seat until 2010 and is being contested by Labor candidate and local Canada Bay Council Mayor Angelo Tsirekas.

Mr Shorten will now shift his campaign focus to Western Australia, another jurisdiction where a number of seats are in play.

A Federal Government spokesman said while its position on the PBS was unchanged, its proposal remained unlikely to pass through the Senate.

He said the Coalition would retain the measure on the books until savings were found elsewhere in the budget.

The Federal Government in December last year announced it would spend $1 billion to subsidise the treatment of Hepatitis C.