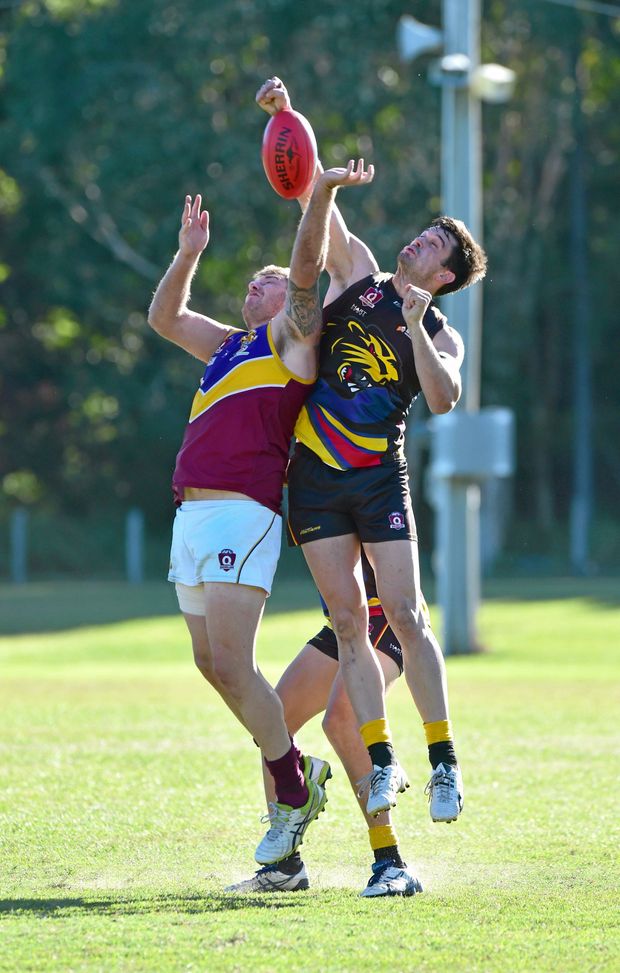 Craven labels Panthers most improved side

Aussie Rules: Mayne Tigers Coach Danny Craven has labelled the Caloundra Panthers the most improved side in the QFA North competition.

The premiership winning coach said his side was a much different outfit to the one sent out in the 2015 grand final.

Only 10 of last year’s grand final winning team are left standing this year.

“We’ve been competitive but we don’t have the same experience as we used to,” Craven said.

“We would’ve loved to have held onto them to try for three (premierships) in a row, but that hasn’t been the case unfortunately. We’re going through a mini-rebuild.”

Craven said he would only offer the “coach’s cliche” about his side’s performance yesterday; that all 22 players stood-up equally to record the all-important win.

“It really was a whole team effort,” he said.

However, goal-scoring machine Luke Faulkner took his tally to 13 goals this season, kicking six yesterday and being named among the best on ground.

Although Craven described Caloundra as the most improved, he said Maroochydore was still the most dangerous.

“They’ve got the most dangerous cattle in some ways,” he said.

“Caloundra have definitely improved dramatically, but they were tough last year too.”

Meanwhile, three fourth-quarter goals from Sam Faure wasn’t enough to get the Tigers home against Aspley at Weyba Rd.