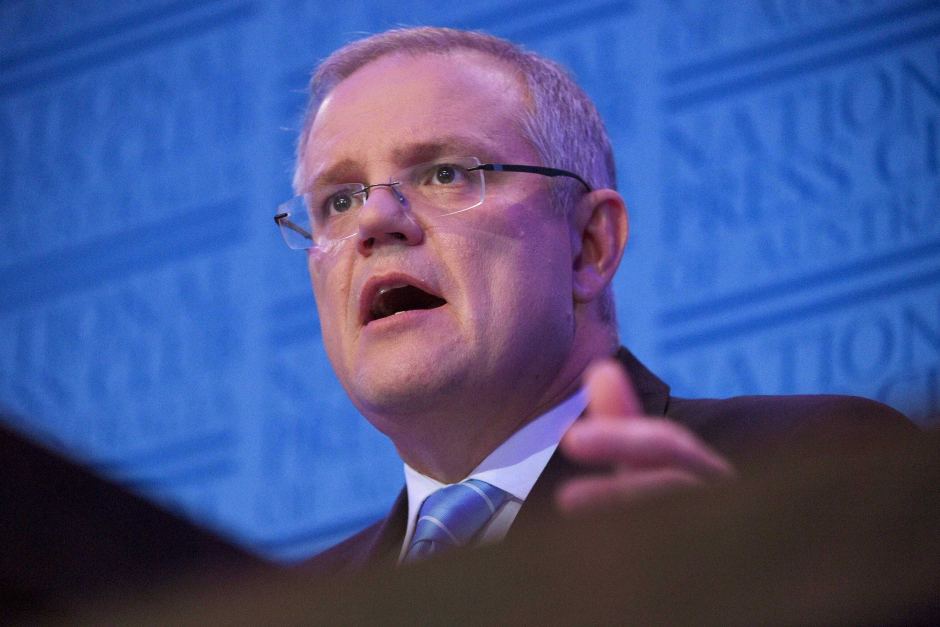 There are strong indications the Federal Treasurer is considering delaying the introduction of the so-called backpacker tax, following sustained pressure from the tourism and agricultural sectors.

Last year's budget contained plans to scrap the tax–free threshold for people on working holiday visas and to tax them at 32.5 per cent from the first dollar earned from 1 July.

The agricultural and tourism sectors opposed the plan, which farmers said would send them broke, and some regional Coalition MPs were also against it.

Treasurer Scott Morrison told the National Press Club today, it was a complicated issue that was still under consideration.

"So that issue remains live."

One senior Nationals MP told the ABC, the tax was left as "an open budget discussion" because the alternative plans weren't considered credible.

The MP said a 12–month deferral was desirable to allow time for new visa options to be explored.

At least two Nationals MPs have put forward alternative plans to the Treasurer, proposing new visa categories, but none have been accepted.

Another National Party member said they expected the Government to delay the start date of the so-called backpacker tax to give it time to consult the industry further and "land at an outcome that's acceptable".

Before the budget was handed down yesterday, Nationals backbencher Andrew Broad told ABC Local Radio he was "fairly confident there will be an outcome that will be to the satisfaction of horticultural producers."

However the budget contained no changes to the plan, which is set to raise $540 million over the forward estimates.