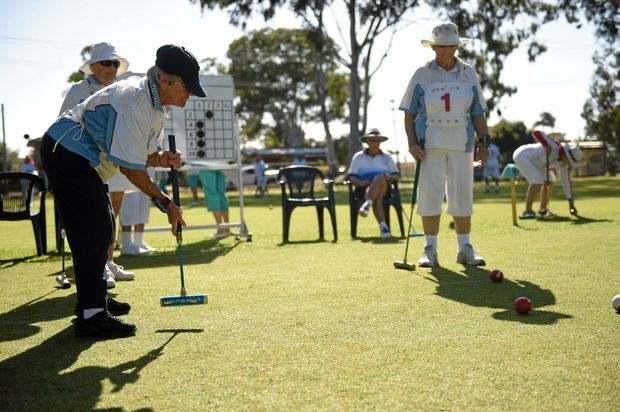 Gwen Connolly had just one demand from her husband when they retired – they had to live near a croquet club.

It’s a tradition that’s been around for 90 years in Queensland and in July the Bribie Island Croquet Club will celebrate its 24th birthday.

The sport that has suffered the “old people’s game” stigma is seeing a revitalisation thanks to active members such as Gwen, who is event manager.

She is responsible for the “Island Challenge” series which pulls in players from as far away as South Australia to Hervey Bay.

The Gateball challenge kicked off the three-month series on the weekend with Southport taking out the top two prizes and Bribie finishing third.

Gwen said there was a big turnout of players from all ages and backgrounds.

“Unfortunately there is a perception that croquet is an old people’s sport, but that in fact is not the case – one of the captains of the Southport team was a 20-year-old,” Gwen said.

“During the 1970s croquet was actually the most popular sport for women, so there is an emphasis of getting them back to playing.

“We find that the people who come and join get hooked. They’re not just there once a week – if we start at 1pm we’ve still got people playing at 5pm.”

The Island Challenge is fast becoming one of the biggest club croquet events in Australia and the ricochet discipline event will start tomorrow.

If you are interested in playing croquet, then you can check out the event at Cosmos Park on Sunderland Drive or call the clubhouse on 3408 6411.