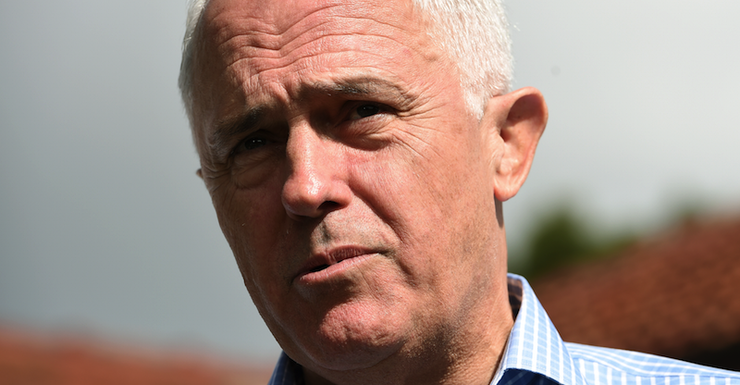 Economists have demolished the myths of negative gearing, but the PM still thinks he can trump fact with theory.

Prime Minister Malcolm Turnbull has set himself a heroic task on the issues of negative gearing and capital gains tax reforms.

He’s adopted a textbook argument to explain why Labor’s planned reforms will “take a sledgehammer” to the property market.

And he will use that argument to try to convince the 90 per cent of taxpayers who don’t negatively gear to keep paying more tax than they otherwise would to support the 10 per cent who do.

Even for Mr Turnbull, who is surely a far better political salesman than Opposition Leader Bill Shorten, that’s brave.

So what is the argument? The PM this week told the ABC’s Leigh Sales that “your viewers tonight understand the laws of supply and demand. If you take a third of the buyers out of a market, prices will come down”.

To start with the second half of that quote, economist Saul Eslake has already laid out compelling recent evidence as to why “a third” of housing investors will not vanish from the market under Labor’s proposed reforms – particularly since existing investors would enjoy all their previous tax perks until their properties were eventually sold.

But Mr Turnbull is also oversimplifying the ‘supply and demand’ dynamics at work in the housing market.

House prices cannot rise faster than incomes indefinitely, but that is what they’ve been doing since the capital gains tax levied on the sale of investment properties was halved in 1999.

Even Mr Turnbull complained in 2005 that our tax system “turns income into capital and, as in the case of negative gearing, allows them to deduct income losses at, say, 48.5 per cent, and then realise gains and pay tax at effectively half that rate”.

Turning houses into tax minimisation vehicles has distorted prices by creating what some economists call ‘over-demand’ – demand that is no longer related to the utility of living in the dwelling, or even the amount of money the asset can return on the rental market.

And all the while, the finance and real estate industries have beaten the ‘housing shortage’ drum to stop anybody noticing where the real problem lay – in the tax system.

One striking statistic bears this out – the average number of people living in each dwelling.

While house prices climbed steeply from the early 2000s, the number of people per dwelling actually fell.

The chart below covers the NSW market, where prices have risen most in the past 20 years – and even there the number of people per dwelling fell. The same trend is evident across the nation.

To be fair, some of the demand that has bid up prices has come from social changes – such as rising divorce rates, or increased demand for holiday homes.

And some has come from abroad. Overseas investors – particularly from China – often see Australian properties as stores of value rather than a way to avoid tax or turn a profit. In that case apartments, particularly in Melbourne’s ‘CBD ghost city’ of empty dwellings, function more like giant gold bars.

But even allowing for these trends, the bulk of ‘over-demand’ in the housing market has been from the 1.3 million investors that Labor says are refunded more from the tax system each year than the federal government spends on tertiary education.

It is pointless, and wrong, to criticise people for acting within the law to minimise their tax bills.

However, the material reality that Mr Turnbull’s textbook logic fails to acknowledge is what negative gearing and the capital gains discount have delivered – a housing sector bloated with debt, which imposes huge financial and social strains on younger Australians.

Like physicists of old who said it was ‘theoretically impossible for a bumble-bee to fly‘, Mr Turnbull will now be forced to thump the textbook all the way to election day arguing two fallacies: that Labor’s plan would crash house prices, and that the current system is a good thing.

With such a crazy-brave strategy, the Prime Minister may find out the hard way that not only can bumble-bees fly, they can sting.