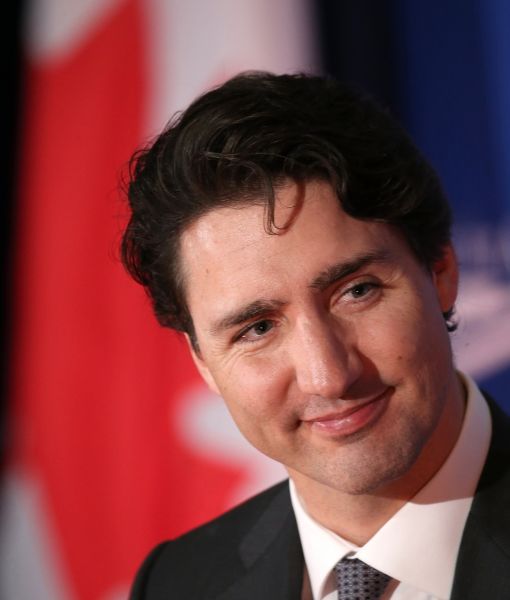 The Budget could be the PM’s last chance to show some political courage.

The Turnbull government’s biggest challenge in next week’s Budget is as much political as it is fiscal. Scott Morrison has acknowledged it, telling his party room colleagues the Budget would be a springboard for an election to be formally announced just days later.

As such, it is Malcolm Turnbull’s biggest opportunity to show that he is finally his own man, prepared to throw off the shackles of the Abbott framework that has seen his standing in the broader electorate come crashing down.

How else do you explain the profound disappointment with this Prime Minister tabulated in the published opinion polls? But there still is time and opportunity.

Liberal MPs say they are encountering shattered expectations rather than anger with Mr Turnbull.

This is where the choice has to be made. Mr Turnbull can no longer be all things to all people. He has to be true to his progressive, centrist self.

Canada’s Justin Trudeau is a leader who has grown in the prime ministership by doing just that. Mr Turnbull has palpably shrunk by resiling from policies and views he long espoused.

What makes it easier for Mr Trudeau is that his Canadian Liberal Party is a centre-left party. Mr Turnbull’s challenge is to drag his centre-right Australian Liberal Party back to the centre, leaving doctrinaire reactionaries back on the extreme right where they have little appeal to mainstream Australian voters.

Mr Turnbull is trending down in all the poll measurements of his leadership but he is still preferred Prime Minister and not as unpopular as Labor’s Bill Shorten.

This indicates voters still want him to do well. He has to give them a reason to start believing again.

Making it harder is the resentful shadow of the man he deposed as leader last year. Tony Abbott has begun what he clearly hopes is his path to redemption and return. He talks of his “future public life”.

In The Weekend Australian, Mr Abbott wrote: “The most compelling vindication of the Abbott government has been the Turnbull government’s maintenance of its key policies.”

Among them he lists direct action on climate change and the same-sex marriage plebiscite.

A Budget which is deep in the red could begin redressing both polices and save billions of dollars in the process.

Mr Turnbull himself rightly condemned Direct Action as a massive and expensive sinkhole that would not achieve its stated aim of reducing greenhouse gas emissions.

The proof is in, despite Environment Minister Greg Hunt proudly telling the United Nations that Australia is ahead of its targets.

The reality is these targets are woefully inadequate to the task of zero emissions within 30 years. And the world knows it, refusing us membership of the High Ambition Coalition.

Paying big polluters not to significantly reduce their emissions is, to quote Mr Turnbull himself, simply “not taking climate change seriously”.

Less than a year ago Mr Turnbull warned a national plebiscite on marriage equality was expensive, unnecessary and divisive. The AEC estimates it will cost $160 million.

The pity is that the expensive plebiscite will only have the force of an opinion poll. Many in the Liberal Party say the result will not influence their conscience when it comes to a parliamentary vote.

The one area where the Turnbull/Morrison Budget will ignore Mr Abbott is on taxation. The dumped PM tried to lock them in by lining up “five Labor taxes” for condemnation. Two at least are certainly on the cards: “The Workers’ Tax” (tobacco) and the “Seniors Tax” (superannuation).

What’s needed is more courage – and not in the ironic ‘Yes Prime Minister’ sense of the word where ‘courage’ means crazy brave.

It is courageous to be your true self.