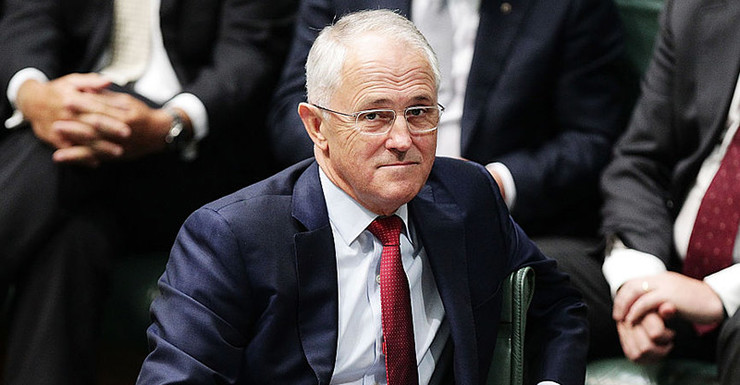 Turnbull stands firm on ABCC, and his election date

The PM all but guarantees a double dissolution election on July 2 by refusing to broaden his building industry legislation.

The Senate crossbench’s proposal for a federal ICAC or national corruption commission to counter the Turnbull government’s Australian Building and Construction Commission (ABCC) Bill is now also at stake in this week’s double dissolution powerplay.

Federal parliamentarians have been recalled to Canberra on Monday to consider two pieces of legislation which, if rejected, will provide Prime Minister Malcolm Turnbull with the trigger he needs to call an election on July 2.

At least three senators said on Sunday that it was highly likely that the nation would be going to the polls on the first weekend in July.

Opposition Leader Bill Shorten believes the Prime Minister does not really care if the bills are passed or not.

“Mr Turnbull and his team have really stopped governing for Australia for the last few months,” he told reporters on Sunday. “I get the clear impression they want to have an election because they really don’t know what else to do.”

The Turnbull government has refused to broaden the title, scope and purpose of the ABCC legislation to whole-of-government corruption, as many crossbench senators have asked.

In its last sittings before the parliament was recently prorogued, the Senate, by majority, established a select committee of inquiry into the need for and form of a ‘national integrity commission’ which would address “all facets of institutional, organisational, political and electoral, and individual corruption and misconduct”.

The idea was expected to arise on Monday as the government applied the double dissolution blowtorch to the Senate. Mr Turnbull called on both chambers to pass the ABCC Bill immediately or he will dissolve both houses of parliament and order an election on July 2.

Crossbench senators risk the termination of their political careers (and salaries) if they do not comply.

Speaking to The New Daily, Zhenya Wang (PUP), who is the chairman of the national integrity commission select committee, said that public submissions on the inquiry’s terms of reference had been called by April 20. Public hearings were scheduled for April 21.

But the immediate fate of any move for a national integrity commission now rests on the double dissolution powerplay.

It is also supported through recent public remarks by former NSW ICAC commissioner, David Ipp QC, and former Queensland corruption commissioner, Tony Fitzgerald QC. Other supportive institutions and bodies were expected to emerge this week as senators prepared to debate the ABCC Bill.

Mr Turnbull believes a federal anti-corruption commission is a separate issue and not in the government’s current focus.

While the ALP supported the Wang committee of inquiry in the Senate, Mr Shorten has made no policy commitment to a federal corruption commission if elected this year. Instead Labor has proposed a royal commission into the banks, an idea that has gained political traction.

Since the 1980s all states have established integrity or anti-corruption commissions which include the investigation of parliamentarians’ conduct in their scope and purpose. With Australia slipping down Transparency International’s corruption perception index (from seventh ranking in 2012 to 13 today), calls for a federal equivalent have intensified.

Currently there is no formal code of conduct covering members of the Commonwealth parliament by which they could be held to account. There is no parliamentary advisor to provide advice on ethics and conduct issues.

While crossbench senators were prepared to negotiate with the Turnbull government this week over any other relevant amendments to the ABCC Bill, any future for a national integrity commission also hangs in the balance.