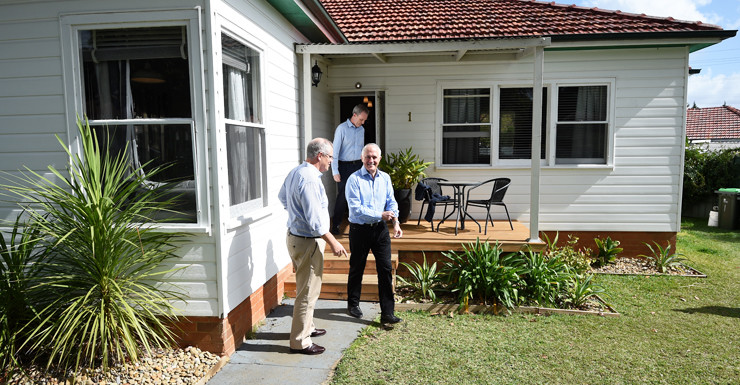 Grattan Institute calls on government to axe tax break for sake of budget and housing affordability.

The Coalition government should not only adopt Labor’s policy to cut property investment concessions but go even further for the sake of the budget and housing affordability, an independent think tank has found.

The Grattan Institute published an analysis on Monday night that calculated the federal government would raise $5.3 billion more revenue a year if it wound back negative gearing and capital gains tax discounts for property over a 10-year period.

“Contrary to urban myth, rents won’t change much, nor will housing markets collapse. The effects on property prices would be small compared to factors such as interest rates and the supply of land,” Grattan Institute CEO John Daley, who co-authored the report, wrote in an accompanying statement.

“These two sensible reforms won’t hurt private savings much but will save the government a lot of money.”

The report endorsed the Labor Party’s proposal to halve the capital gains tax discounts from 50 to 25 per cent, but recommended an even more dramatic change to negative gearing.

Negative gearing is the practice of deducting interest repayments above rental income from a person’s tax obligations. This is a method, used in conjunction with Howard-era capital gains discounts, used by many Australians who invest in the property market.

The Grattan Institute intervention came just days before the federal budget, and a day after Prime Minister Malcolm Turnbull ruled out any changes to negative gearing. The Institute, which is politically neutral and funded in part by the federal government, reportedly provided the research to the Prime Minister before its announcement.

Grattan calculated the impact on house prices of its proposals to be marginally greater than Labor’s policy – something the Institute interpreted as an economic benefit, not a harm.

Property values would decrease by up to 2 per cent if the government adopted Grattan’s proposals, the report estimated, thereby slightly alleviating the problem of housing affordability.

The winners of the concession cuts, contrary to the government’s claims, would be average taxpayers, the Institute found.

When announcing his position of no changes to negative gearing, Mr Turnbull labelled Labor’s negative gearing policy as “reckless” because it would “sledgehammer” property values. He did not rely on economic modelling, citing instead “common sense”.

His cabinet ministers echoed the message, with several claiming popular support from “the Australian people” and “mum and dad investors”. Treasurer Scott Morrison repeated his warning that ordinary workers invested in property with the help of negative gearing would suffer.

However, the Grattan report calculated that the vast majority – nine in 10 Australians – do not negatively gear and that the biggest winners of negative gearing are the top end of society: surgeons, anaesthetists, lawyers, finance managers, and mining engineers.

These five professions were found to have some of the nation’s highest average incomes in 2013-14, according to the latest tax office data.

Negative gearing and cuts to capital gains tax are firming as key battlegrounds of the upcoming federal election, with the official date of the poll expected to be announced by the Prime Minister on May 5, two days after the budget’s release.

Click here to read the Grattan Institute’s report in full