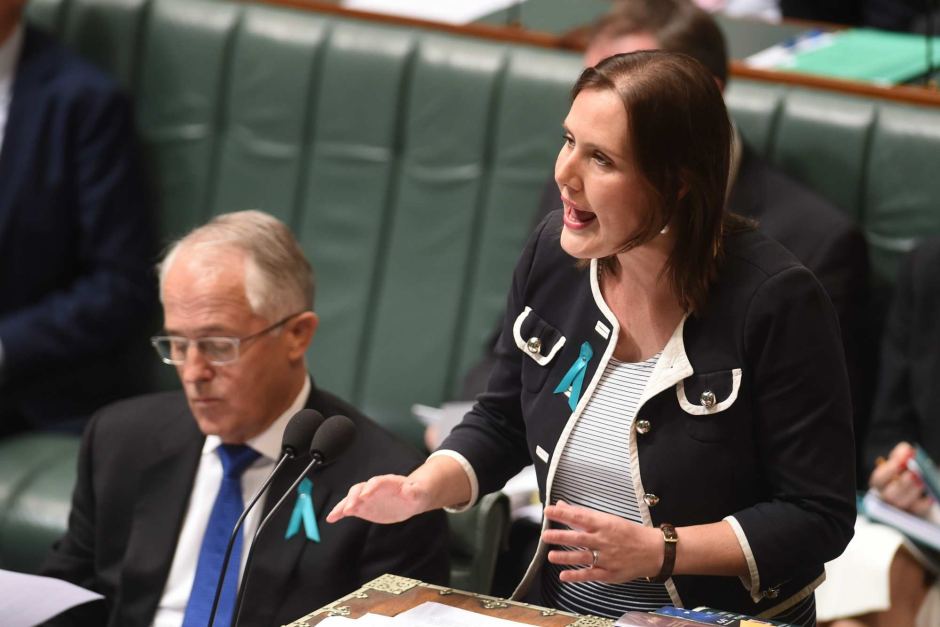 Assistant Treasurer Kelly O'Dwyer has insisted there will be tax changes in the federal budget, less than a week after the Prime Minister was forced to withdraw his proposed changes to income tax arrangements.

Premiers and chief ministers rejected Malcolm Turnbull's plan for states and territories to levy a percentage of income tax independently.

Mr Turnbull withdrew the proposal on Friday, two days after describing it as a "once in a generation reform".

Ms O'Dwyer would not be drawn on the future proposals when addressing media today, instead stating the Government had been examining the country's tax mix, rates and concessions.

"We'll have more to say about the structure our taxation system in relation to the budget on the third of May," she said.

Treasurer Scott Morrison expressed a similar sentiment earlier today, telling the ABC the Government would not be mimicking the "unfunded, fantasy promises of Julia Gillard" when it came to education funding, following the failed progress on agreements at Friday's COAG meeting.

He said further discussions would be held before the current funding arrangements expire after the end of 2017.

"You can't promise money that's not there," he said.

"... But the states and territories made it crystal clear that those matters don't need to be finally determined until into next calendar year and that's the timetable COAG have set."

Government choosing not to use savings for schools: Burke

Mr Burke argued the Federal Government was choosing not to use those savings measures for schools.

"Those changes actually more than funded the additional payments to states to pay for schools," he told the ABC.

"... This just shows effectively where their priorities are at, they still want the improvements to the budget bottom line they don't want your local school to benefit at all."

"What was basically put out there was the opportunity for them to have greater autonomy over these issues," he said.

But Mr Burke accused the Government of trying to get the states to put up income taxes.

"That's what the whole of last week was about," he said.

"The Prime Minister boasted as though it was some wonderful reform to be able to have the states charge whatever they wanted in income tax."