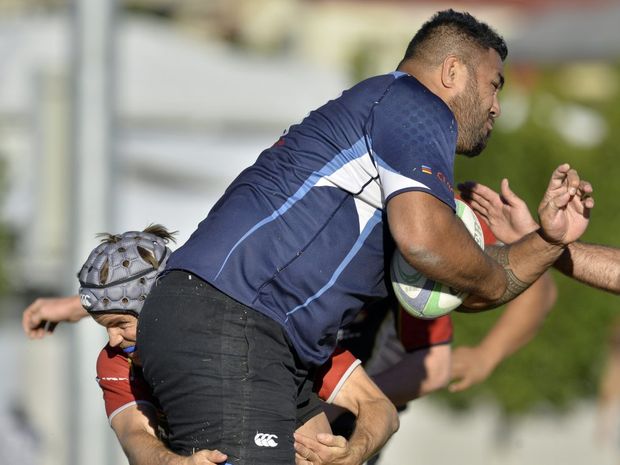 Springfield have put their rivals on notcie with another blow-out win in round two of the Barber Cup.

Following on from a 78-5 first round whitewash over Beenleigh, the defending premiers showcased their impressive defence in a 82-0 win over Redcliffe on Saturday.

It was the third week in a row the Hawks have handed out a punishing scoreline with a big win over the Ipswich Rangers in their final trial game.

Springfield have shown they can find the try line but it was their defence against Redcliffe which impressed coach Jeremy Clark.

"it was very patchy

it was messy, credit to red they gave it to us at times

they had some good players

our defence was solid, its a confidence thing

being relentless is our goal, finish how we start

if we put a complete performance it's going to be scary

can't get too excited its only two good performaces teams will improve, got plans in place to change style

all our goal is to keep gradualling improve and play consistent

THE Ipswich Rangers posted their first win in the Barber Cup on Saturday with a 43-20 win over Southern Bay.

The Rangers right side was on fire in attack with flanker George Samia and centre Cameron Potini each picking up a double.

Fullback and captain Tom Dwyer and scrum half Blake Tessier added a try apeice with fly half Jarred Lacey finding form with the boot.

Lacey kicked five conversions and one penalty goal to bring up the final 43-20 scoreline.

It was a consistent display from the Rangers, scoring 22-10 in the first half before returning to post a 21-10 scoreline in the second half.

The Rangers Colts produced their best result in three rounbds to go narrowly go down 27-19 against Colleges at the Gold Coast.

Colts coach Jeff Austin was happy with the steady improvement from the Ipswich players.

"I'm happy with where the team is," he said.

"Considering the age of the players, and the experience they have it was a great effort today despite injuries taking their toll."

Two Rangers players failed to finish the contest, with one taken away by ambulance having suffered a dislocated knee cap.

Warren Tupai was awarded man of the match with a two-try performance for the Rangers.