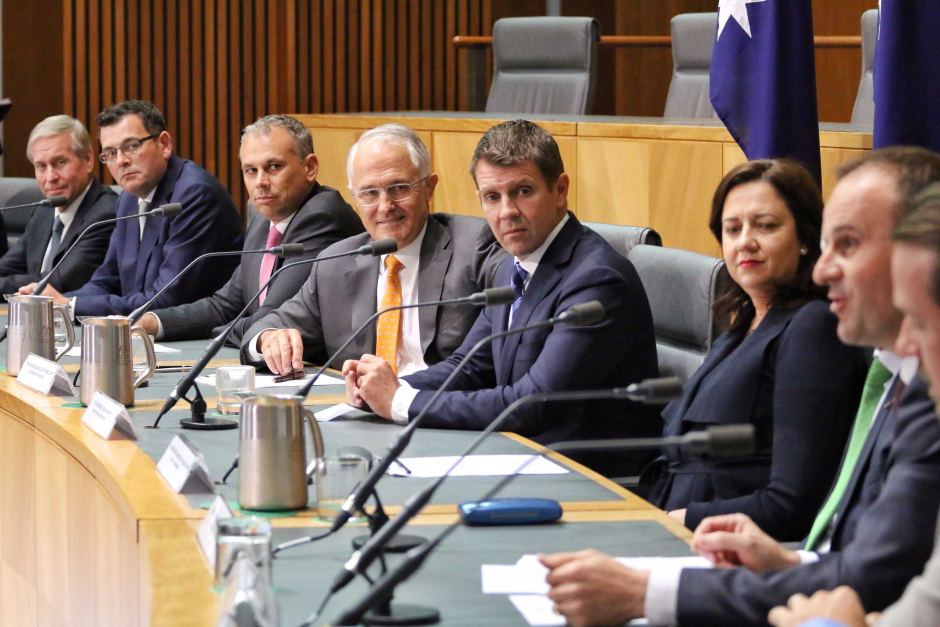 Recap: What has happened since Parliament last sat

We all remember the Prime Minister announcing the potential for a double dissolution election and have been inundated with news on the banks, but what else has happened since Parliament last sat?

Prime Minister Malcolm Turnbull met with his state and territory counterparts on April 1, where they effectively killed off an income tax proposal less than two days after it was unveiled.

Mr Turnbull said he had withdrawn the proposal for states and territories to levy a percentage of income tax independently in exchange for the axing of some Commonwealth grants, an admission that the Federal Opposition took as confirmation that the idea was a "thought bubble".

However, premiers and chief ministers did reach some agreement on funding, signing an agreement to receive $2.9 billion in hospital funding to June 2020.

On health issues, the Government also announced a trial for chronic patients, in order to give them access to a regular GP to manage their care needs.

Mr Turnbull called on anyone in the Liberal Party who had not complied with electoral laws to "fess up", yet stood by his Cabinet Secretary Arthur Sinodinos, the state division's finance director and treasurer at the time.

The parliamentary break was also interrupted by the release of a report into MP entitlements, drawing more attention to the Liberal Party and former speaker Bronwyn Bishop with its recommendation that helicopter flights should only be chartered when there is a "compelling reason".

It also made recommendations on family flight provisions after Labor frontbencher Tony Burke used parliamentary entitlements to fly a number of his family members business class to Uluru under the expenses claim process.

Immigration issues also made headlines over the past few weeks, with Immigration Minister Peter Dutton confirming dozens of children would be returned to Nauru.

A double dissolution would mean all eight crossbenchers would be fighting to retain their seats. See how they are likely to vote.

Mr Dutton's statement came one day after he announced that there were no children in mainland detention. Although the ABC understands on the same day the last children in Australia were freed, an Immigration Department facility directly outside Villawood Detention Centre had locks removed and security altered.

Mr Dutton also faced pressure in the wake of the Panama Paper reports, with Greens Senator Sarah Hanson-Young calling for the Federal Government to strip Wilson Security of its contracts for offshore immigration detention centres after revelations the company had links to a Hong Kong corruption scandal.

Adding to the headache for the Government was the planned strike action by Australian Border Force staff, which was ultimately delayed by an interim order.

Staff had planned to carry out rolling strikes over pay and conditions earlier this month, but the Department of Immigration and Border Protection headed off the industrial action with a hearing at the Fair Work Commission.

An injunction was also handed out by the Federal Court during the parliamentary break, effectively pushing back the introduction of new minimum pay rates for contract truck drivers.

The new rates set by the Road Safety Remuneration Tribunal have become an unexpected election issue, with the Prime Minister pledging to abolish the independent body if his government is returned at the ballot box.

The case has been adjourned, but not before it was ridiculed by lawyers for the Commonwealth as "hopeless".

Where do the crossbenchers stand?