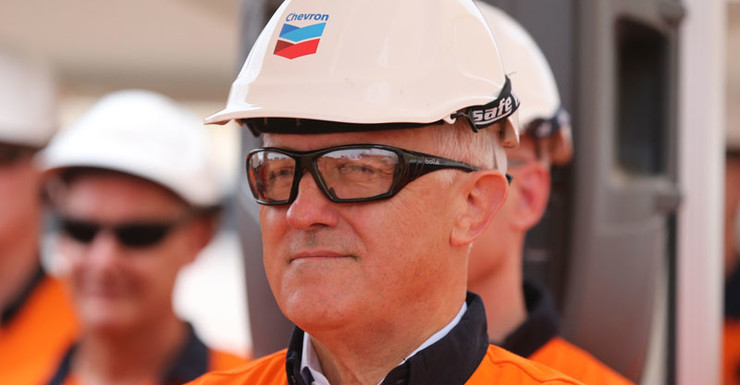 Prime Minister Malcolm Turnbull is under pressure to back up his criticism of greedy bank culture with substantial change after rejecting Bill Shorten’s calls for a royal commission as a “thought bubble”.

Mr Turnbull has even suggested Shadow Treasurer Chris Bowen’s body language shows a lack of commitment to the idea – a claim that has the stubble-faced Labor man bristling.

Last year, in private conversations with bank executives, Mr Bowen warned the industry was one scandal away from a public inquiry.

In light of this, the Prime Minister’s admonition at a Westpac birthday party last week sounds like weak understatement.

“The truth is that despite the public support offered at their time of need [the global financial crisis] our bankers have not always treated their customers as they should,” Mr Turnbull said.

The loudest amen to that came from indefatigable Nationals Senator John ‘Wacka’ Williams. In the true tradition of the farmers’ party, he is highly sceptical of the banks. He welcomes the Opposition’s push for a royal commission and even accuses them of pinching his idea.

His support, along with four other party colleagues including dumped minister Luke Hartsuyker, was joined by veteran Liberal backbencher Warren Entsch.

It rather blunts the government’s counterattack that Labor is merely playing opportunistic payback politics.

The payback is for the trade unions royal commission, or so the thinking goes.

Adding weight to that suspicion is the fact ACTU president Dave Oliver has made the link.

But is it so farfetched to call out the Coalition government for chasing down Labor’s union base for corruption and lawlessness, but showing no appetite to do the same for the Liberals’ big business mates?

There was an eerie feeling of déjà vu as the PM and his senior colleagues ran their version of Labor’s criticism of the trade unions commission.

There is already a construction industry watchdog within Fair Work Australia, Labor said. Besides, what are the police for?

The Treasurer insists there are already two cops on the beat for the banks: the Australian Securities and Investments Commission (ASIC) and the Australian Prudential Regulation Authority (APRA).

Scott Morrison goes so far as to say ASIC has all the powers of a royal commission. It does have extensive powers to pursue individuals but none of them go to the culture-busting weapons of public hearings where witnesses are forensically cross-examined.

Then there is the small matter of ASIC being starved of funds. Sure, Labor started it but the Coalition has continued the cuts with gusto. The $120 million earmarked to be saved has meant staff losses and a severe curtailing of the agency’s ability to do its job.

That was evidence ASIC chairman Greg Medcraft gave a senate inquiry in 2014.

The political problem for the government is the banks are of immediate relevance and concern to millions of Australians.

Law and order is always supposed to play better for the conservative side of politics but such a public selective application of intent can only feed scepticism, if not downright hostility.