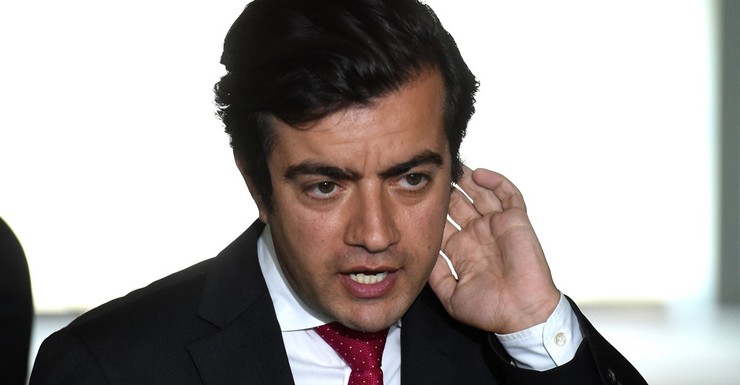 The Opposition is letting Sam Dastyari throw stones at the multinationals – but it’s a risky strategy.

As is often the case in politics, the dominant theme that emerged this week came suddenly and from an unexpected direction.

The leak of the so-called Panama Papers and attendant scrutiny of shadowy tax arrangements proved a welcome boon for Labor and the unions, eager to deflect voter attention from the instances of bad behaviour uncovered by the royal commission into union corruption.

Labor and its industrial arm have been particularly focused on preventing the Turnbull Government from building on this evidence to create public support for union-busting bills, the likely rejection of which would be the justification for a double dissolution election in July.

They’ve used every available opportunity to depict the Liberal Party as a willing shield between a cashed up corporates and proposals aimed at making the wealthy “pay their fair share”.

It’s a somewhat risky strategy, given Labor usually depends on big corporates for at least some of its election campaign funding.

Perhaps the Opposition has concluded it can raise enough money from the union movement without having to go cap in hand to the big end of town.

Senator Dastyari led the charge against the offshore tax minimisation activities of multinational corporations, grilled the banks over financial advice scandals and recently named 10 major companies as having an undue influence on Australian politics.

The associated risk in having a factional dealmaker, one of the faceless men involved in the downfalls of both Rudd and Gillard, as Labor’s point man on transparency doesn’t yet seem to have registered with the party’s wiser heads.

Not that Labor is the only party using corporate corruption as the platform from which to run interference.

Several members of the Senate crossbench have demanded the Government change its legislation for the proposed Australian Building and Construction Commission to create a federal version of NSW’s Independent Commission Against Corruption instead.

That’s not going to happen – neither the Coalition nor Labor support such a proposal – thereby giving the crossbench Senators an excuse not to cooperate with the Government on the ABCC when Parliament resumes on April 18.

Between Labor’s manoeuvres and those of the crossbench, the voting public may have begun to twig to corporate excesses and dodginess as an issue.

PM Turnbull highlighted this when he told the banks this week that the sector’s “social licence” – or community acceptance – was at risk if they didn’t respond appropriately to allegations of illegal or dodgy behaviour.

Labor couldn’t believe its luck, neatly back-flipping on a former position to announce that if elected it would establish a royal commission into the banking and financial services sector.

Apparently the Opposition hopes that if it flings enough (justifiable) mud at the banks and tax-dodging multinationals, voters will somehow be blind to the (justifiable) mud already clinging to rogue elements of the labor movement.

If the Government hoped it could remain spatter-free while allegations of dodginess and demands for greater transparency flew about, that optimism was soon extinguished.

Another story emerged in the media this week about the Liberal Party’s Free Enterprise Foundation, which the NSW Electoral Commission claims had been used by senior NSW Liberal Party officials to “disguise” donations from banned donors to the NSW Division of the party.

The story drew public attention yet again to the opaqueness of the political donation system, which can only lead voters to conclude that the parties – particularly the Liberal Party – have something to hide.

Similarly the “business observers program”, where corporate CEOs and their flacks pay a cool $8000 each to schmooze in a private enclosure and hold speed-date meetings with ministers, saw a violent clash between protestors and police outside the venue on Friday night.