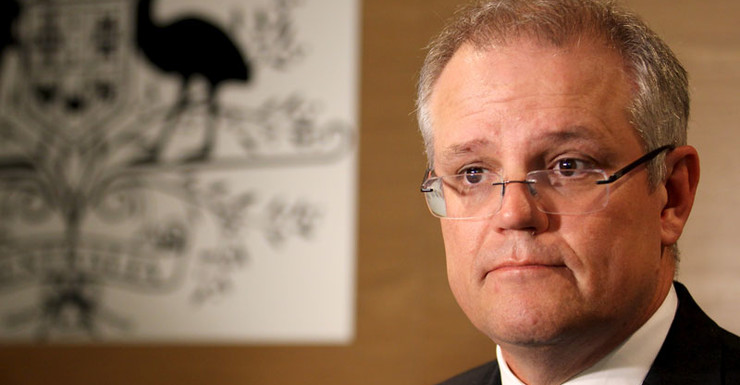 Federal Election 2016 We deserve more than slogans and rhetoric

As a federal election draws closer, we’re likely to hear more of the blame game and less real action.

Treasurer Scott Morrison’s May 3 budget, now being prepared for the printer, will contain what could be called ‘no cost stimulus’.

Framed during a government-initiated double dissolution power play, it will have to bolster growth in the domestic economic activity without much, or any, actual taxpayer investment.

Rattled by Labor leader Bill Shorten’s shopping centre scare campaigns on one hand, and the lurking presence of Tony Abbott on the other, the government has cancelled all constructively-fair suggestions for tax reform. These reforms would have helped it move more deftly back to budget balance without necessarily destroying business investment possibilities.

But by pushing ahead with the DD powerplay to exploit Prime Minister Malcolm Turnbull’s higher popularity with the electorate, the Coalition has gone all wobbly on reform.

The political rhetoric has quickly reverted to slogans: jobs and growth versus tax and spend.

But all we are going to get in the weeks to the federal election on July 2, or later in the year, is another round of blame games.

Australia’s economic outlook is problematic. There is growth, but it has been revised down. As a consequence, government revenues are slipping.

Australia is well-placed within the Asia Pacific region with India to become the fastest-growing neighbouring economy.

In this context, the electorate may hope the coming election debates between Mr Turnbull and Mr Shorten will inspire the electorate with vision for a new Australia.

Instead, we face contrived points of difference on climate change, education and health, the Commonwealth versus States shadow boxing over future funding, union corruption, banking misconduct and the infrastructure backlog. Plus a beauty contest between the two leaders.

In his just-released documentary Where To Invade Next, the big stirrer Michael Moore traveled the world looking for countries with enlightened policies he then used to make odious comparisons with the way things are done in America.

According to my informants (I have not yet seen the doco), Moore found Italy had the most generous annual leave, yet with a thriving manufacturing sector. Finland had the world’s best school results but the shortest class hours and no homework. France subsidised wholesome school lunches at a cost no higher than junk food served in US schools.

Slovenia offered free university education. Tunisia provided equal rights for women in the only democratic Arab state. Germany’s productivity and operational cost effectiveness was enhanced by the presence of workers’ representatives on corporate boards. Iceland jailed its culpable bank executives after the GFC, unlike the US. Portugal decriminalised all drugs and actually cut its substance abuse and reduced its prison population, saving millions.

In Australia, all we can expect is lower company taxes, a little less bracket creep and a very fast train from Brisbane to Melbourne (eventually).