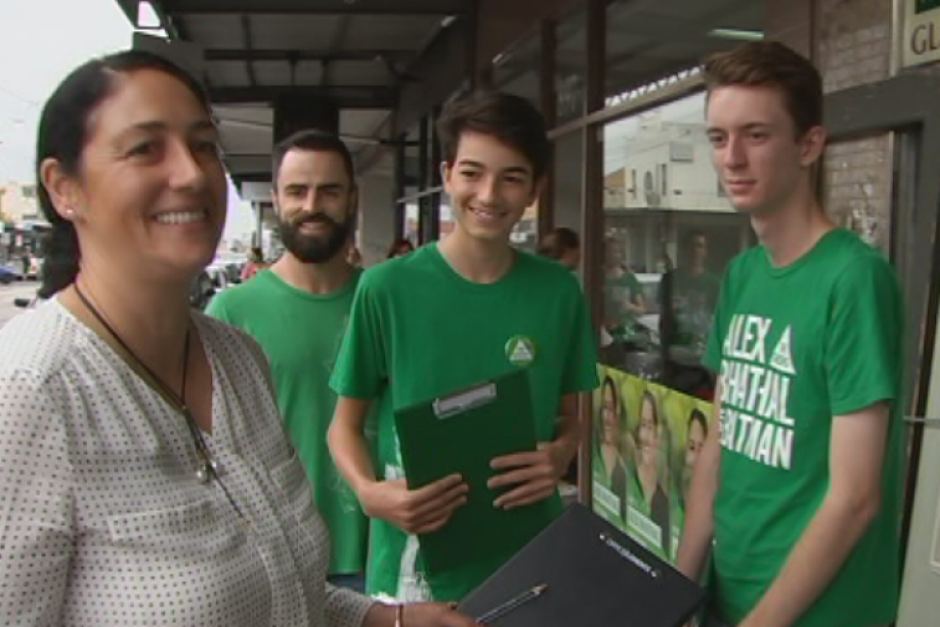 The rapidly gentrifying suburbs in Melbourne's north are the new frontline in Labor's battle against the Greens, where once-safe Labor seats are now considered "in play" in the upcoming federal election.

A dramatic change in demographics in recent years has seen young trend setters and well-paid professionals flock to suburbs like Brunswick, Clifton Hill and Northcote.

Labor concedes it has a fight on its hands in Wills and Batman for the 2016 election.

The Greens believe the two electorates give them the best chance to grab more seats in the Lower House, to join Melbourne MP Adam Bandt.

Greens Leader Richard Di Natale said his party's support base had changed dramatically, and that was reflected in seats like Batman and Wills.

"What you're seeing is people in seats like Batman and Wills who are desperately crying out for some courage and vision from their politicians," he said.

"And it's not just in those inner-city seats – we're seeing Greens support growing right across the country."

Dr Di Natale also expects the Greens to make a big impact in the seats of Melbourne Ports and the Liberal-held Higgins.

The Greens have already been campaigning hard in both seats for months, focusing on issues such as climate change, asylum seekers and the cost of living.

Labor is pinning its hopes on voters in Labor heartland in the northern part of both seats to get them over the line.

Former Labor Premier Steve Bracks said he did not believe the seats would go Green at this election.

"I wouldn't give those seats away for Labor at all," he said.

"I think we're a very good chance of holding those seats, notwithstanding the fact that they'll be hard fought."

Antony Green's 2016 electoral pendulum has Labor currently holding Wills on a margin of 15.2 per cent against the Greens, and Batman on 10.6 per cent.

The Greens believe that puts them in reach of taking the seats, if not at this election then at the next one.

Wills has been a Labor seat since its creation in 1949, except for a brief period in the 1990s, when it was held by independent Phil Cleary.

It was once represented by Bob Hawke, and the retirement of long-serving member Kelvin Thomson ahead of the next election triggered a nasty pre-selection battle to pick his replacement, candidate Peter Khalil.

In Batman, factional powerbroker David Feeney, who was a junior minister in the Rudd and Gillard governments, will contest the seat he won in 2013 after moving from the Senate.

The Greens have picked female candidates in both seats – Alex Bhatal in Batman and Sam Ratnam in Wills.

Dr Di Natale said both have strong links to the local community and stand a good chance of being elected.

Bell Street is a major arterial road that cuts through the middle of both Wills and Batman, and the Greens expect to have the biggest impact in suburbs to the south of that divide.

Wills, Brunswick, Brunswick East and parts of Coburg are where the Greens are expecting to see the biggest increase in their vote.

Clifton Hill, Northcote and Thornbury in the southern part of Batman are largely considered Greens territory.

But the suburbs north of Bell Street in both seats are where the Labor vote is strongest.

The traditionally working-class suburbs of Reservoir, Bundoora, Kingsbury and Macleod in Batman and Glenroy, Pascoe Vale, Fawkner and Oak Park in Batman are where Labor will focus its campaign.

Mr Bracks said Labor would focus on core issues that appeal to its traditional base.

"That means addressing the needs and aspirations from people in those seats - jobs, the economy, sustainability of the environment," he said.

The Victorian Liberal Party is considering whether to put the Greens ahead of Labor on its how-to-vote cards for the federal election.

The party's state president, Michael Kroger, told Sky News the Greens "are not the nutters they used to be" and said he was considering a "loose arrangement" with the party in Victoria.

The move would be controversial among Liberal members and voters, who strongly backed a decision by former premier Ted Baillieu to put the Greens last on Liberal how-to-vote cards in the 2010 state election.

No decision has been made, but Dr Di Natale is confident the Greens can win the seats on primary votes alone, after Mr Bandt won Melbourne in his own right in 2013.

Liberal state president Michael Kroger says the Greens are "not the nutters they used to be". (News Online Sydney)

"What we saw in Melbourne was that Adam got a vote that was bigger than the combined Labor and Liberal vote," he said.

"That's what we're working towards – increasing our primary vote in those electorates so we don't have to rely on the preferences of other parties."

He said it was up to the Liberal Party to decide how to distribute its preferences and there was no "deal" between the two parties.

Former Liberal Premier Jeff Kennett is cynical about the proposed move to direct preferences to the Greens over Labor.

"That would be a very major change to the way the Liberal Party has acted in this state in the past," he said.

"Where it finally ends up, I suspect Michael Kroger is the only one who knows.

"It's not something the membership is going to be consulted on, that isn't Michael Kroger's way. And he will be judged accordingly. Time will tell."

Mr Bracks described any deal which sees the Liberals preference the Greens higher than Labor as "an unholy alliance".