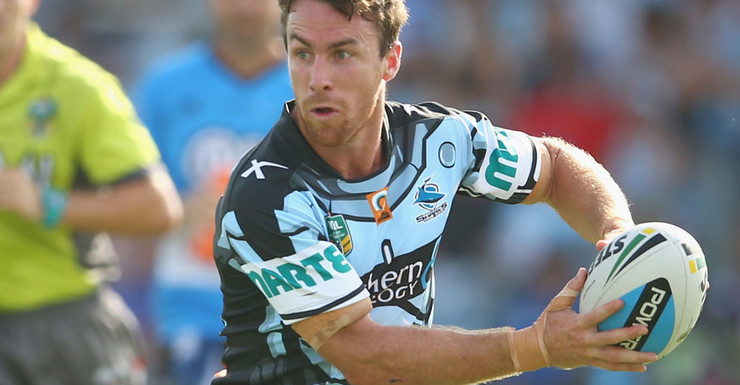 Why 2016 will be the year of the Cronulla Sharks

A famous drought is set to end, as we tip the movers, sliders, strugglers and Dally M candidates.

It was the late super coach, Jack Gibson, who uttered the famous line.

“Waiting for Cronulla to win the premiership is like leaving the porch light on for Harold Holt,” he said.

That distasteful soundbite came when the club was a mere two decades old.

But, as they prepare for their 50th season, the long-suffering Sharks have never been better placed to win their maiden title.

It’s hard to find an NRL premiership tip for anyone besides 2015 grand finalists Brisbane and North Queensland.

Both are worthy favourites, but the Broncos have the significant mental demons of that famous golden-point loss to overcome.

They’ve also lost ex-captain Justin Hodges, while the Cowboys are aiming to became the first team in 23 years to successfully defend their title in a full competition.

And just three clubs have reached back-to-back grand finals in the NRL era as the salary cap continues to achieve extraordinary parity.

Why Cronulla can win it is down to their superb balance of wily experience and youthful exuberance, an industrious and skilful pack and an exhilarating backline that is the equal of any in the NRL.

Until now, the missing ingredient at Shark Park has been a genuine blue-chip half.

But, in the shape of James Maloney, the Sharks now have one.

The 29-year-old inspired the New Zealand Warriors to the 2011 grand final and the Roosters to a premiership two years later.

History says they can’t do it – but quality and potential say otherwise.

Manly, Parramatta and the Warriors all gave the chequebook a solid workout last year – and all three are set to reap big dividends with a return to the finals.

Throw in the Trbojevic brothers, Jamie Lyon and Brett Stewart, and you have a bona fide contender.

The Eels haven’t made the finals in six years but Foran, Michael Gordon, Beau Scott and Michael Jennings provide the notoriously flighty blue-and-golds with a much-needed hard edge.

Another club that specialises in falling short of expectations, the Warriors, have supplemented a talent-laden roster with superstars Roger Tuivasa-Sheck and Isaac Luke.

If the aforementioned three sides return to the eight, three sides have to drop out – and it’s bad news for the strife-torn South Sydney, the depleted Bulldogs and the low-scoring St George Illawarra Dragons.

After a troubled title defence, Souths have gambled on Englishman Sam Burgess solving their problems – both on the paddock and from a team harmony perspective – and they’ve had to give up too much to get him back.

The Russell Crowe-Luke Keary bust-up was indicative of the dissension that has permeated the red-and-green ranks.

Likewise, Canterbury’s four-season finals streak is under threat thanks to the devastating injury diagnosis handed down to Brett Morris, ruling the fullback out for four months.

The Bulldogs’ giant pack has trimmed down to counter the interchange reduction, but the jury is out on the Moses Mbye-Josh Reynolds halves combination and Michael Lichaa’s capacity as a dominant No.9.

St George Illawarra muddled into the 2015 finals despite having the 15th-ranked attack in the NRL but they won’t be as fortunate this year.

Rarely in recent years have the wooden spoon contenders been so clearly defined. Hampered by a lack of genuine star power and woeful depth, the prospects of the Gold Coast Titans, Wests Tigers and Newcastle Knights rising above their bottom-three ranking from 2015 are grim.

The Titans will be typically gritty, but the departure of Nate Myles and James Roberts, along with Kane Elgey’s injury, will cripple their progress.

The arrival of Nathan Brown as coach and Trent Hodkinson as halfback linchpin won’t rescue the Knights from the cellar.

Meanwhile, with the Robbie Farah-Jason Taylor saga still bubbling away in the background, the Tigers are destined for last spot – unless Luke Brooks and Mitchell Moses realise their boundless potential and their forward pack muscles up.

After admirable efforts from Sam Burgess, Aaron Woods and Michael Ennis to break the backline stranglehold on the Dally M Medal, the NRL’s highest individual honour is set to be a halves-fest in 2016.

Johnathan Thurston is a short-priced favourite to extend his record tally of Dally M’s to five, but his vanquished grand final opponent Ben Hunt – a top-five finisher in 2014-15 – has extra motivation after his shocker in the decider.

Warriors talisman Shaun Johnson should poll well in a revamped side, though new chums Tuivasa-Sheck and Luke will steal plenty of votes.

Maloney, seventh in 2013 and sixth last year, will go close if the Sharks are a top-four side, while former partners-in-crime Foran and Daly-Cherry Evans will be vote-magnets for Parramatta and Manly respectively.

Jot down Cronulla’s Graham, 20-year-old Jackson Hastings from the Sydney Roosters and Canberra’s Blake Austin as bolters, while the Rookie of the Year gong will come down to Roosters pair Latrell Mitchell and Jayden Nikorima.