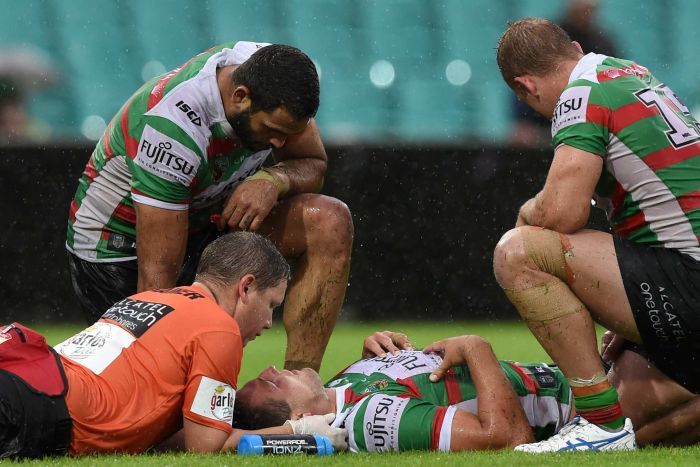 Sam Burgess says early scans on his neck injury are positive after the star South Sydney forward was rushed to hospital on Sunday.

Burgess, injured in the Rabbitohs' 8-6 loss to St George Illawarra, took to social media early Monday morning to ease concerns over the seriousness of the injury as he spent the night in hospital.

"Initial scan results are positive. Thank you all for messages of support - feeling extremely lucky tonight. A few days of rest now. Sam," he tweeted.

Burgess was injured when he ducked his head as he charged towards the Dragons line early in the second half, with the game stopped for an extended period as he was stretchered from the field and taken to
nearby St Vincent's Hospital.

After the match, Souths coach Michael Maguire attempted to remain upbeat about the 2014 Clive Churchill Medallist.

"The doc is pretty positive and Sam is in a pretty good head space from what I was told," Maguire said.

"He had some tingling down one arm (but) he had movement (in all his limbs) they are the first signs you look for when you have an incident like that.

"He was in a bit of pain, he sort of got compressed there quite heavily."