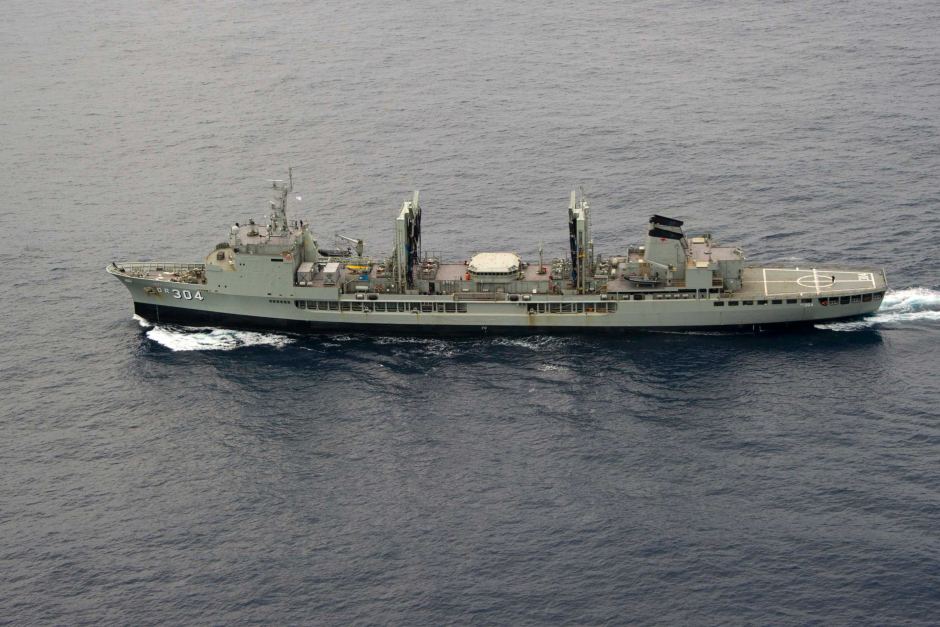 Labor, unions and independent SA senator Nick Xenophon are piling pressure on the Federal Government to make commitments to Adelaide's shipbuilding workers before the election, after a Spanish firm was all but handed a lucrative defence contract.

The Government has picked Navantia as its preferred bidder to construct two logistic support vessels to replace HMAS Success and HMAS Sirius.

Senator Xenophon said only a fraction of the benefits of the supply ship deal would flow to local shipbuilders.

"Five per cent of a $2 billion contract for Australian content is absolutely outrageous. It is an insult," he said.

Defence Materiel Minister Dan Tehan hit back, saying construction in Australia would have required upgrading facilities, which would have taken too long.

"What we need to do is understand that there wasn't an alternative there due to the fact that a decision wasn't taken five years ago," he said.

But politicians and dozens of workers who gathered at local shipbuilder ASC's facility at Osborne said it was not too late for the Government to re-consider its deal with Navadia.

A limited tender process for the ships was opened two years ago, with Navantia and South Korean firm Daewoo under consideration.

At the time, the Government said no Australian companies were capable of building the vessels, effectively ruling out ASC.

"When they got into office, [the Government] were given a proposal by the ASC to build three supply ships for the price of two, with a very significant majority Australian content," Senator Xenophon said.

"The jobs would've been kept here in Australia, rather than losing hundreds more jobs over the coming few months here at the ASC alone."

ASC worker and AMWU delegate Andrew Daniels said with redundancies expected in the coming weeks, it was vital that jobs were secured.

"We've got 42 job losses coming up on April the 13th here at the submarines, and another 66 jobs next door at the south shipyard," he said.

Mr Daniels said ASC could have played a significant role in supply-ship construction, but said the facility would need $50 million to boost the capacity of its ship lift.

We can still build modules here. We could actually make the modules here and ship them, similar to what they [did] with the helicopter landing ships.

"We can still build modules here. We could actually make the modules here and ship them, similar to what they [did] with the helicopter landing ships," he said.

"They actually made the hull and then shipped it across and BAE finished it off. We could actually do the outfitting of the ships when they come back."

A contract with Navantia is yet to be signed, and Senator Xenophon said a clause in the Australian Standard for Defence Contracting document gives the Government the power to change its mind without warning.

He said the Government should activate the clause and guarantee Australian industry involvement in the supply ship build is "maximised" before signing off on the project.

The South Australian Government said the deal with Navantia raised doubts about other naval projects including frigates and air warfare destroyers.

There is no guarantee the Government will reveal its plans before the election, with an announcement on submarines expected mid-year at the earliest.