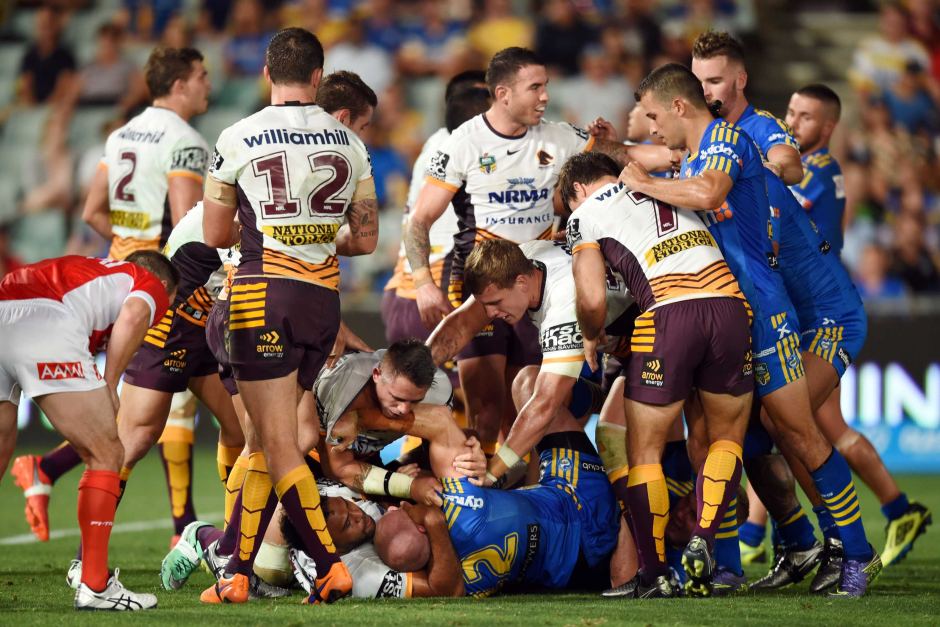 NRL round one: Best tries and highlights as Cowboys, Rabbitohs and Broncos all win

The NRL's opening round of the 2016 season produced the goods as far as tries and contentious moments were concerned.

The North Queensland Cowboys got their premiership defence off to the right start with a tight 20-14 win over the Cronulla Sharks.

But perhaps the biggest statement of intent came at the Sydney Football Stadium as the South Sydney Rabbitohs ran amok to beat the Sydney Roosters 42-10.

But that match came at a potentially high cost as both Adam Reynolds and John Sutton went off with injuries that could put them on the sidelines for lengthy spells.

Last season's beaten finalists the Brisbane Broncos got their 2016 campaign off to the perfect start with a 17-4 win over the Eels in Parramatta, while the Canterbury Bulldogs dampened the early season hopes of Manly in a 28-6 victory at Brookvale.

It was also a contrasting weekend for some high profile debutants, as Aidan Sezer enjoyed a two-try showing in his first appearance for Canberra, while Roger Tuivasa-Sheck endured a poor debut for the Warriors in their 34-26 loss to the Wests Tigers.