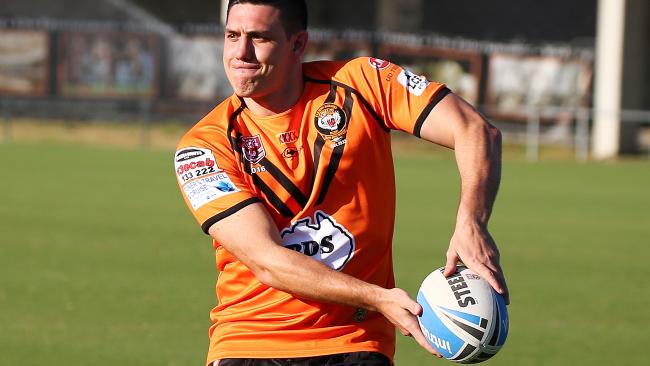 Easts veteran Javarn White scored a last-minute try as the Tigers escaped with a controversial 26-22 Intrust Super Cup win against the Cutters in Mackay.

Former Queensland forward Scott Sattler slammed a crucial video referee decision which would have all-but sealed an important victory for the struggling Cutters.

Cutters halfback Delayne Ashby was denied a try when Mackay was leading 22-14 late in the game.

Cutters forward Alex Farrell was ruled to have obstructed the Tigers defence, and it proved to be a crucial call when Tigers centre Shane Neumann scored his second try on the back of the resulting penalty to make it 22-20 before White pinched victory at the death.

“They keep getting it wrong,” Sattler said of the decision.

“I’m sorry but the video referees keep getting it wrong week after week.

“The communication lines are wrong here and they’ve got to get it right because the game’s suffering.”

Cutters fullback Liam Taylor scored a freakish try to open the home side’s account and they had a 12-0 lead when Cowboys-contracted centre Matthew Wright crossed.

The Tigers hit back through Leon Ellia-Niukore down the left side, but they didn’t muscle up in defence and allowed Cutters forward Tyson Martin to score a soft try.

Neumann got the Tigers back into the contest early in the second half and to their credit, they kept going in the humid conditions.

“I’m so proud of the boys. It’s good to get two wins on the trot. Javarn’s experienced. He knows how to win a game.”

The Seagulls are anchored to the bottom of the ladder, without a win after three rounds, while PNG and Townsville are the only unbeaten teams.