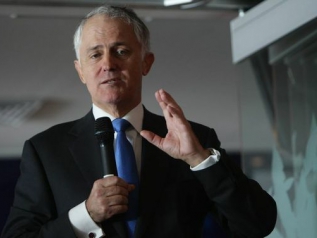 The prospect of a double dissolution election looms over the return of Parliament today, as Labor draws level with the Turnbull Government in the latest poll.

The Coalition is expected to unveil details of its proposed changes to the laws that govern the election of Upper House representatives this week, following discussions with the Greens and independent senator Nick Xenophon.

It is anticipated the changes would make it harder for so-called "microparties" to gain a Senate seat using complex preferencing deals.

Cabinet will meet today and those deliberations could fuel speculation of a double dissolution election.

If the Upper House blocks the reintroduction of a building and construction watchdog, the Australian Building and Construction Commission (ABCC), it could be used as a trigger.

Arriving in Canberra last night Government backbencher John Williams said if the Senate continues to block the bill he would like to see a full election of both houses of parliament.

"If we do not get that legislation through, if the crossbench is simply obstructing legislation that is good legislation, good for the future of our country, I think yes, I'd like to see an early election, a double dissolution and let the people of Australia have their say on these very important matters," Senator Williams said.

If we do not get that legislation through, if the crossbench is simply obstructing legislation that is good legislation, good for the future of our country, I think yes, I'd like to see an early election, a double dissolution and let the people of Australia have their say on these very important matters.

A regular election, set for later this year, would see voting for all Lower House seats, but only half of the seats in the Upper House.

Most of the existing crossbenchers have another three years in parliament before they are up for re-election.

"As a senator the big thing I'm concerned about is getting some of this legislation through the Senate, I hope the crossbenchers muscle up on the ABCC for a start and we get that through," Senator Williams said.

"I would like to see the pressure kept on Bill Shorten for as long as we can, and I would absolutely like to see a Senate that is more able to deliver some of those economic reform issues and budget repair issues that our Australian economy needs," he said.

"Mine is not going to be the deciding voice on this issue but I think Australians are looking for some stability and would like to see the Senate work a bit better than it has done over the last three years."

Earlier this year Labor and the Greens linked up with some members of the crossbench to send the ABCC bill to a committee which will report back on March 15.

Because of the significant break before the May budget, there would only be three sitting days to call the election.

Government support at lowest level since ousting of Abbott

The prospect of a double dissolution election comes as support for the Turnbull Government drops to its lowest level since the ousting of former prime minister Tony Abbott.

Support for the Coalition has dropped three points to 50 per cent after preferences, according to today's Newspoll results.

The result falls within the survey's 3 per cent margin of error.

Mr Turnbull remains the preferred prime minister, leading Opposition Leader Bill Shorten by 55 to 21 per cent, though the number of people satisfied with his performance has fallen five points to 48 per cent.

Satisfaction with Mr Shorten rose three points to a four-month high of 28 per cent, while dissatisfaction fell to 57 per cent.

The poll also said 47 per cent of voters favoured Labor's proposed changes to negative gearing, while 31 per cent were opposed.

The Government is also expected to release the long-awaited Defence White Paper this week.

The white paper will outline how the Government is preparing to deal with major security threats and areas earmarked for investment.

The document is likely to outline the number of submarines Australia will purchase, but not answer the politically charged question of which country will supply and build them.

Senior ministers have been arguing the most significant announcements will be made when the budget is handed down in 11 weeks.

Government MP and former defence minister Kevin Andrews said it makes sense for the Coalition to reveal its policy at that point.