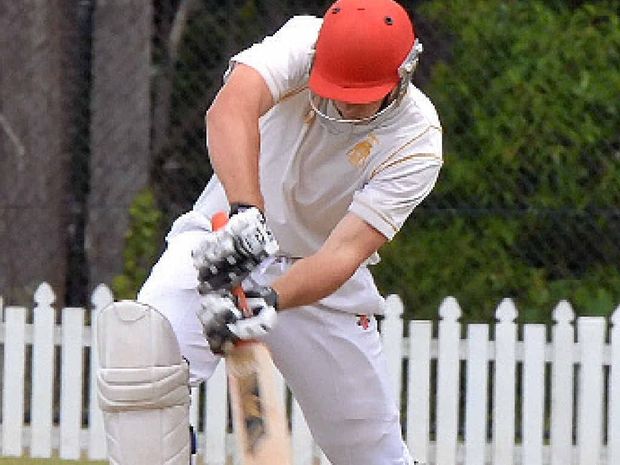 Gold and Snakes collide for right to host semi-final

Gympie and Caboolture provide the focus of attention for the final round of Sunshine Coast division one fixtures in a battle for a top-two finish at Albert Park.

Contestants of the last three grand finals, all won by the Snakes, the pair has been dominant in Coast fixtures but the loser of this clash will not host a semi-final this season.

Maroochydore Blue has all but sewn up the minor premiership, needing to be well beaten by sixth-placed Tewantin-Noosa as well as the winner at Gympie gaining outright points to lose the honour. The Swans will still hold a home final from second in this eventuality.

Fourth place has already been claimed by Glasshouse, courtesy of the loss to Nambour in round 12 being outdone in mediocrity by the extraordinary capitulation for 27 to the Blues last week. The batting strength that gave rise to the Rangers' premiership hopes, and not just in home circles, has washed away after Christmas, with just Liam Moffett maintaining his drive.

To get back into contention needs a concerted show of strength from the Glasshouse top order, a task made easier against a Caloundra attack lacking the depth, discipline and experience to persist through an afternoon. But the Lighthouses batting first and passing 200 may even raise doubts in shattered morale.

At the northern extremity a lot is at stake, because the sides are most likely to meet in the playoffs. Two hours of travel at the start and finish of the semi-final day adds to the motivation for a home game, and the battle between the Gold batting and the Snakes bowling is the key.

Over the past few years the persistence of Caboolture has stilled the enthusiasm of the northern side, who deeply resent the "inconsistent" tag. Beating Caboolture twice in a row to play in the Grand Final will put that label to rest.

Nambour and Maroochydore Red will close their seasons at the showgrounds, each with moments to savour, but never truly competitive against the top four sides except for the Cutters' Glasshouse triumph. The Thunder, ending as well, can assume a giant killer's role against the Blues, but will need to be well above anything seen so far to succeed. But the weather may yet play a role.