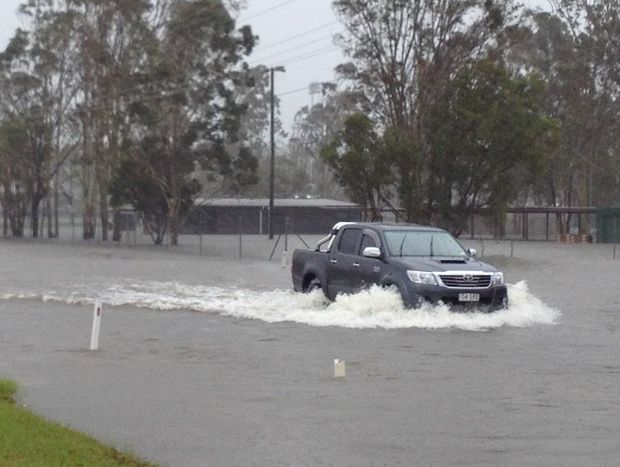 Almost a third of Queensland drivers cross floodwaters they know they should avoid.

A third of those motorists are from regional areas and 40% of them are four-wheel-drive owners.

The most common reason people consider crossing floodwater is if they believe their vehicle can handle it because the type of vehicle - heavy, high, diesel, snorkel etc - makes a huge difference to people's safety perceptions.

But a Queensland Fire and Emergency Services online survey has also found the greatest contributing factor to driving through floodwater is local knowledge.

People who 'know' how the roads around their home, or town, flood are far more likely to drive through water.

These people believe the "If it's flooded, forget it" safety message is for other people who do not live locally, or are not used to seeing floodwater.

Regional Queensland drivers surveyed ahead of this year's flood safety campaign revealed they became complacent in their attitude towards flooded roads, believing they would always have the knowledge and skill to reach the other side.

Of the 1600 drivers surveyed ahead of this flood season, 36% of men and 23% of women admitted to crossing flooded roads.

Fire and Emergency Services Minister Jo-Ann Miller said a $5 million television, radio, print and online campaign was now being rolled out across Queensland.

She said learning five Queenslanders had died in floodwaters during May's extreme weather event was "a gut-wrenching moment".

"No one in Queensland wants to see a repeat of May's tragedy and it's important for people to understand that when they make a decision to enter floodwaters, they are putting their lives at risk," she said.

Commissioner Katarina Carroll said she hoped Queenslanders would take in the If if's flooded, forget it message over the summer.

"The slogan is simple and it's recognisable across the community, but we need to ensure that it's translating to real actions when drivers are faced with water on the road in front of them," she said.

"No matter who you are, no matter what you drive, the moment you decide to drive through floodwaters, you give up control of your life."

Visit www.qld.gov.au/floodwatersafety for how to develop a plan B.