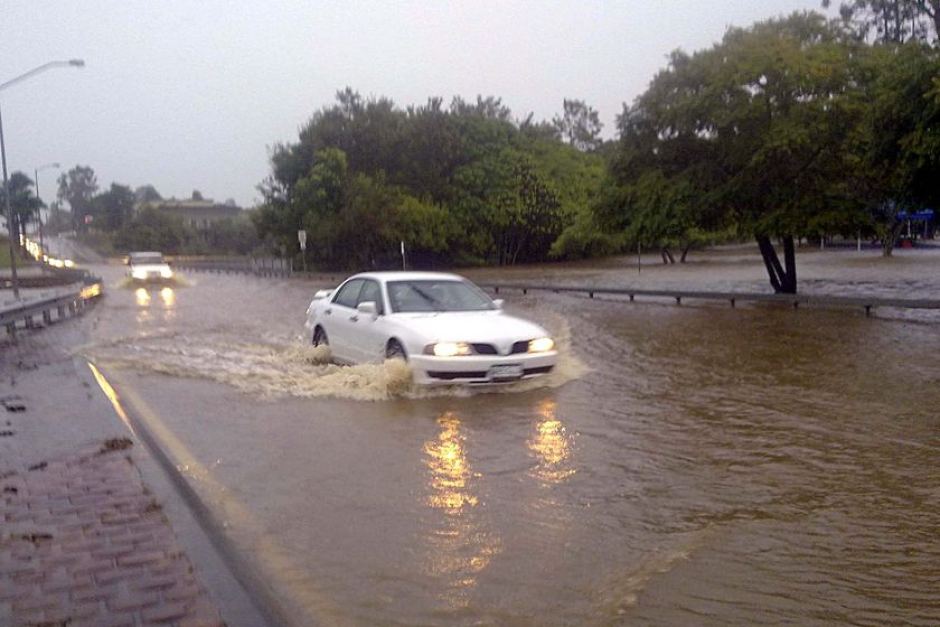 If it’s flooded, forget it campaign revamped for storm season

The Palaszczuk Government has launched a revamped community safety campaign designed to stop Queenslanders risking their lives by driving through floodwaters.

The If it’s flooded, forget it campaign was launched following the 2011 floods, but was left completely unfunded by the Newman LNP Government.

“I will never forget being in the State Disaster Coordination Centre with the Premier during May’s extreme weather event and learning that flood waters had claimed the lives of five Queenslanders. It was a gut-wrenching moment,” Minister Miller said.

“The safety of Queenslanders is a top priority of the Palaszczuk Government and that’s why following that devastating loss of life, we immediately set aside $5 million to urgently reinstate the If it’s flooded, forget it campaign before this year’s storm season.

“The new campaign will feature television and radio ads and will also feature across newspapers, magazines, online and on billboards.

“No one in Queensland wants to see a repeat of May’s tragedy and it’s important for people to understand that when they make a decision to enter floodwaters, they are putting their lives at risk.”

“This new tool has been designed to provide people with the opportunity to map roads that they know flood and plot an alternative route to avoid them well before an event even happens,” Minister Miller said.

“Having a Plan B could mean the difference between getting home safely or not getting home at all. It also means you won’t be putting the lives of our emergency service officers and staff at risk when they have to rescue you.

“I strongly encourage every Queenslander to take control by mapping out an alternative route and sharing it with family and friends who also travel the same roads.”

Commissioner Katarina Carroll said she hoped Queenslanders would take in the If if’s flooded, forget it message over the summer.

“The slogan is simple and it’s recognisable across the community, but we need to ensure that it’s translating to real actions when drivers are faced with water on the road in front of them,” Minister Bailey said.

“No matter who you are, no matter what you drive, the moment you decide to drive through floodwaters, you give up control of your life.”

“Thirty six per cent of men and 23 per cent of women we spoke to admitted to driving through floodwaters when they shouldn’t have. It seems the pressure for people to get home or get to work was a key factor when they made this decision.

“We hope that this campaign will make people stop and think about the potentially devastating impact their split second decision could have.”

Visit Floodwater Safety Site for more information on the campaign.