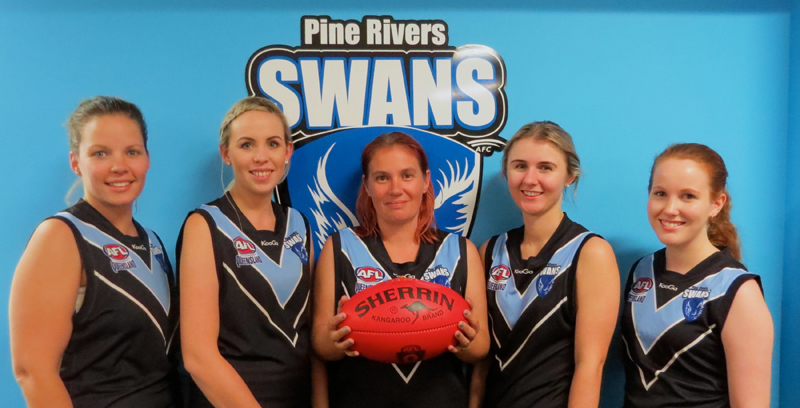 Australian Rules football for women is coming to Strathpine, as part of a changing culture at a local club.

Pine Rivers Swans will field a womens AFL team, the first senior womens side in the district, in the Queensland Womens Australian Football Association (QWAFA) competition in 2016.

Swans President Dylan Barker said the 2016 season would see a continuation of the complete restructure of the club which he hopes will set the club up for long-term stability and success.

Part of the clubs restructure includes growing on-field participation of women in the sport at Rob Akers Reserve.

Gone are the days of the club being a male-only affair, Mr Barker said.

In changing the culture and direction of the club, we are seeing more women involved on senior game day, in both managerial roles and volunteering.

The next closest AFL clubs with womens teams are at Caboolture and Zillmere.

Its something really new and exciting and theres going to be challenges along the way but definitely theres a great group of girls that are going to be on that journey, Rogers said.

It will be great to start that history at the club and have that first female team representing the Swans.

When youre in a team and youve got people supporting you, be that your friends, your family, the community around the club and also that greater community of the suburbs around you, it makes it a lot more meaningful and gives it a lot more purpose.

The Swans have recruited around two-thirds of the womens teams playing roster for the 2016 season, but still seek more women for its mixed group of players.

Theres a whole heap of girls new (to the sport) but also girls who have played recently or at earlier points of their lives, Rogers said.

A lot of girls have been supporting their husbands or partners playing throughout the last couple of seasons.

There used to be a real divide between juniors and seniors but we have made a real effort to bridge the gap and bring everyone together as one, he said.

Our junior and youth programs have been an overwhelming success as senior players and coaching staff work closely with their development.

Senior players have attended as many junior training sessions and games as possible to ensure coaches have enough help on the day.

This ensures that the kids who require a little extra help developing their skills, can have one-on-one time with the coaches to help them improve and the results have been fantastic.

Junior players and parents have been able to build good relationships with the seniors and have seen an increase in juniors attending senior matches.