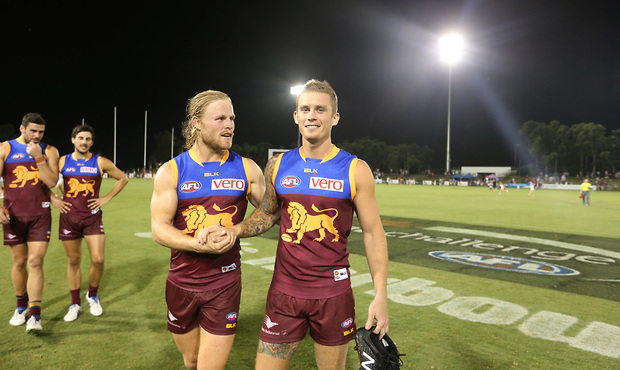 The Brisbane Lions will prepare for season 2016 with three big games against Gold Coast, St Kilda and GWS as part of next years NAB Challenge.

The AFL today unveiled its pre-season fixture, with a three-round competition to be played from Thursday February 18 to Sunday March 13.

The Lions pre-season campaign kicks off on Sunday, February 21, in Moreton Bay, hosting the Suns at Moreton Bay Central Sports Complex, before heading to Mackay to take on the Saints at Harrup Park Country Club on Sunday, March 6.

The final game of the NAB Challenge will be against the GWS Giants at Metricon Stadium on Sunday, March 13.

In continuation of last years initiative, the AFL has announced that club members with game access will be entitled to attend NAB Challenge matches free of charge.

All 27 matches in the pre-season will also be exclusively broadcast on television live by Fox Footy, and in addition, every match will also be made available live to fans via the AFL Live App.

The fixture for the 2016 Toyota AFL Premiership Season will be released this Thursday.